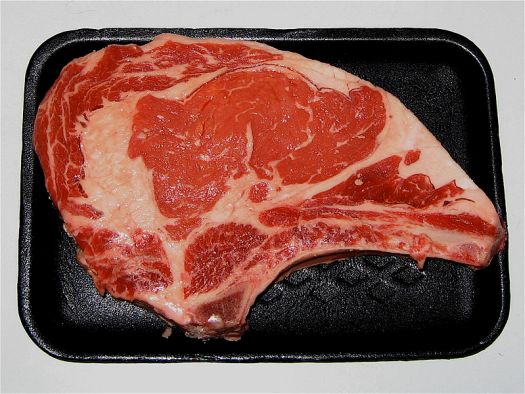 Those of us who want to keep meat from spoiling for more than a few weeks have had limited options till now. We can cure it into bacon or sausage; freeze it or dry it; or buy it supermarket-“fresh” in a shrink-wrapped envelope. Now Daniel J. O’Sullivan, a professor at the U. of Minnesota, has a new solution that might keep a piece of meat fresh for years on the shelf.

Meat spoils in part because of the action of bacteria like E. coli and Lactobacillus. There has been some success in treating meat with an antibacterial compound known as nisin, which works against Gram-positive bacteria such as Lactobacillus, but not the Gram-negatives E. coli and Salmonella. Enter bisin. Bisin is a compound isolated from Bifidobacterium longum, a bacterium that occurs naturally in the human gut; its bactericidal properties extend to both Gram-negative and Gram-positive bacteria, and can be applied to meat and dairy products to keep them free from spoilage.

The discovery stands to have far-reaching effects; the inhibition of food spoilage stands to save lives around the world. But it’s important to remember that the solution to the last decades’ glut of foodborne illness outbreaks does not lie in raising meat as quickly and cheaply as possible, secure in the knowledge that any contamination can be bisined off later. Marvelous innovations in food preservation technology are not a substitute for clean, safe, intelligent ways of producing food in the first place.

Dr. Sullivan has acquired a patent on bisin, which is Generally Recognized as Safe by the FDA, and is reportedly talking to food producers about getting it to market.

[UMN via [The Telegraph]