Introducing the Matternet, A Network of Drones For Deliveries In Remote Locations

This summer’s crippling famine in Somalia, which has killed tens of thousands of people and led half a million more... 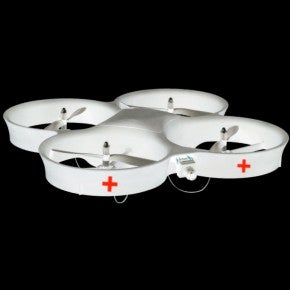 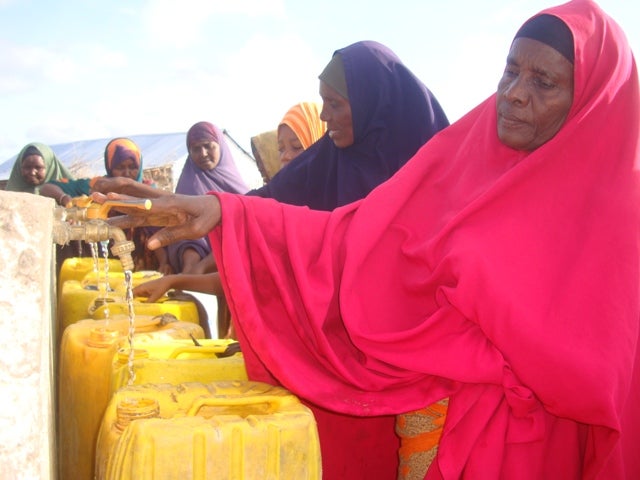 This summer’s crippling famine in Somalia, which has killed tens of thousands of people and led half a million more to seek refuge in Kenya, is notable for many reasons — but the theft and sale of life-saving aid is arguably one of the worst. A new project could be one way to prevent such atrocity in the future: Use drones to drop food and drugs right where they’re needed, no human intervention required. Enter the Matternet.

Matternet is a startup company that aims to use a network of unmanned aerial vehicles, likely quadcopters, to deliver medical supplies, food and other materials to people in rural areas. It could ensure access to basic needs in places where roads become impassable in rainy seasons, or where they might not exist at all. And, conceivably, it could be used to circumvent warlords and other obstacles, getting aid to people who need it.

The aerial vehicles will work together to transport goods through an integrated network, dubbed the Matternet.

It would work by charging aid companies to use the service, according to CNET, which posted an interview with Matternet leader Andreas Raptopoulos. The project was conceived at Singularity University. The company will deploy the initial hardware, maintenance and services, and set up a basic infrastructure network, which would involve UAV charging stations and some type of communication system. Then an aid group would pay to use the UAVs for delivery of drugs or other materials.

The inital prototype, a quadcopter design, can carry about 2.2 pounds; a later version would carry a little more than 4 pounds, the company says. The copters are based on an open-source control system from DIY Drones, CNET says.

There are plenty of kinks to work out, but it’s an interesting way to address the glaring gap that remote networks still possess: Physical connection. Telemedicine can help doctors remotely diagnose disease, for instance, and smartphone ubiquity can help farmers check local prices and learn efficient harvest practices. But that doesn’t solve the problem of getting drugs to the sick people, or getting crops to the market — the Matternet could.

Apparently others agree — the Dominican Republic is financing a pilot project for the company, CNET says. Find out more at Matternet’s home page.