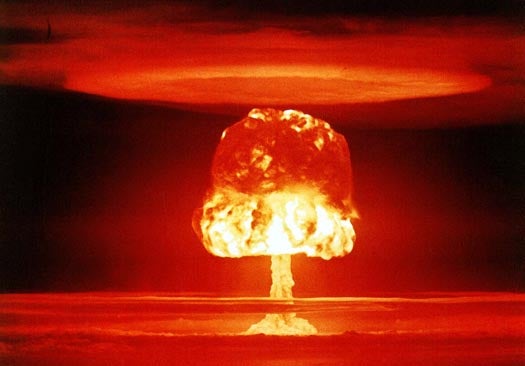 The Bulletin of Atomic Scientists may have found a new way to track secret nuclear tests from those rogue nations (cough cough North Korea cough cough) who are trying to keep those tests under wraps. Surprisingly enough, that new solution may be possible with analysis of regular old GPS data, along with some clever mathematics.

In May 2009, North Korea detonated a clandestine nuclear test, a kilometer underground. That’s worrisome for obvious reasons, and more worrisome because performing the test underground severely limits our ability to measure the size and specifics of the blast–no radioactive gas or dust was let into the air, as it usually would. But that doesn’t mean there are no signs of radioactive explosions.

When a nuclear blast that large goes off underground, it sends a shockwave of disturbed air into the ionosphere. That shockwave is typically hard to measure, but these scientists may have found a way, using regular GPS. GPS, see, relies on timing more than anything else to determine location: it measures the time the signal takes to rebound from a device to the satellite, and vice versa. But disturbances in the air can change those measurements, so GPS units have sophisticated algorithms to sense and adjust to that kind of disturbance–so why not the nuclear shockwave?

The scientists performed some tests after the 2009 blast, and found that they were able to nail down the location and timing of the blast using eleven different satellites. They’re optimistic that this tech could be used to supplement other ways of confirming that an illicit blast took place. They even hope that this technology might compel the U.S. to reconsider its refusal to sign the Nuclear Test Ban Treaty, which I personally am skeptical about but would certainly be great if it was true. For more info on nuclear power, check out our explainer.