Driverless cars are just catching on in this country, but they’re already zooming around London’s main airport, ferrying passengers from … Continued 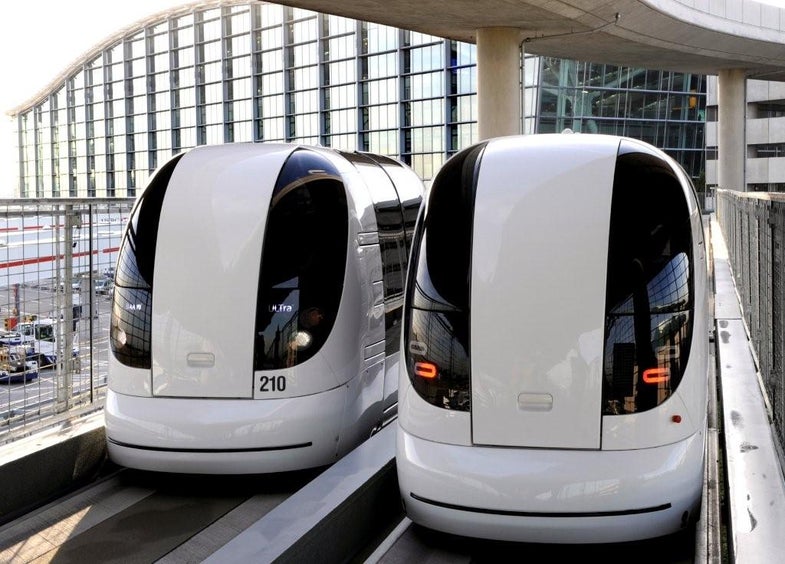 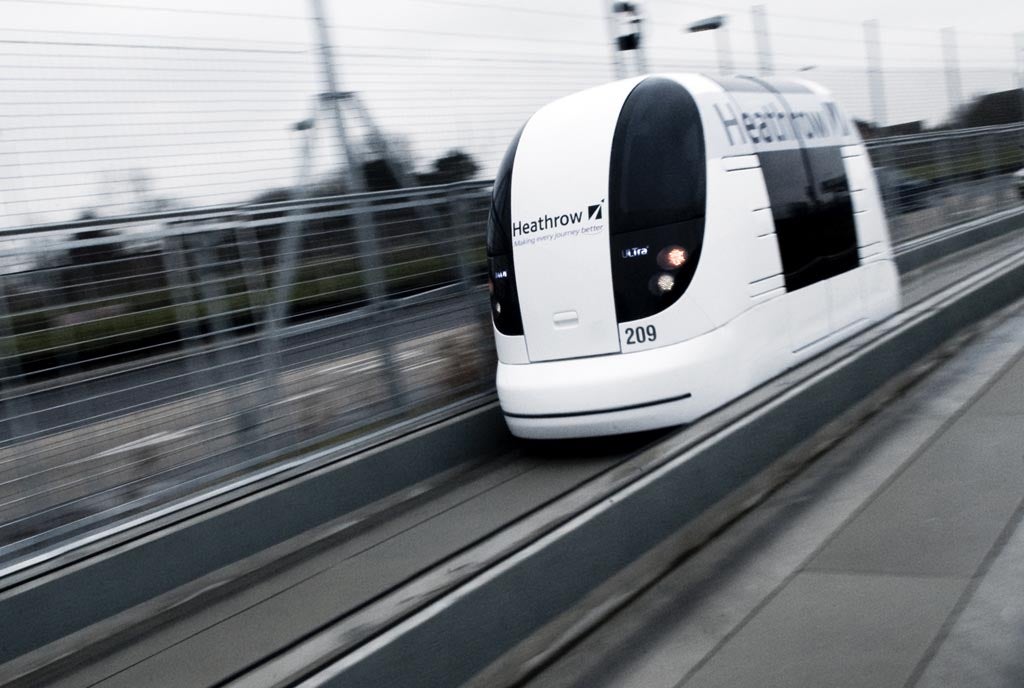 Driverless cars are just catching on in this country, but they’re already zooming around London’s main airport, ferrying passengers from their people-driven cars to the terminal.

Twenty-two of these automated pods are operating at Heathrow’s Terminal 5, the shiny new terminal occupied by British Airways.

They were built to replace a duo of diesel buses that formerly drove in a loop from the car parks to the terminal, pausing at various stations no matter how many people were present.

The electric-power pods, which can accommodate up to four travelers and their bags, travel up to 25 mph along 2.4 miles of paved guideways, which can be customized to fit any path. They don’t require a special railway or magnetic field — just lines that can be used for optical navigation. The pods can even maneuver through light snow, according to their manufacturer, ULTra PRT. The New York Times says the autonomous pods have not been in any accidents.

The first trials started in April, and service became fully operational this summer when the buses were removed from rotation, the Times says.

Passengers have to press “start” when they get in, to ensure efficiency and to prevent people from making the pods move while they’re empty. About 800 people per day use the pods, the Times says. 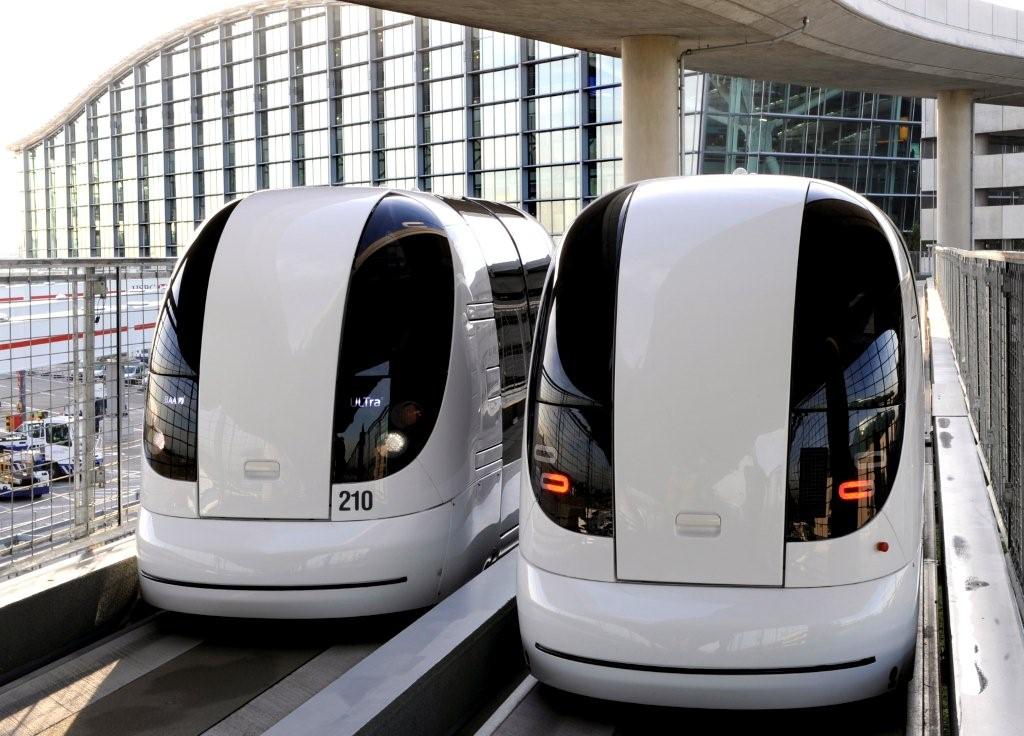 According to the ULTra, American travelers might see them soon, too. The systems are under review by airports in California and New York; transit systems in California, Oregon and Tyson’s Corner, Va., a Washington, D.C., suburb; downtown Calgary; and even in Mountain View, Calif., where Google and NASA workers battle congestion.

The pods are cheaper than high-speed rail, which might make them attractive to cash-strapped cities. Passengers like them because they’re more convenient than checking transit timetables, ULTra says — the pods come to you, rather than you waiting for them. But the best part may be their simplicity: With a customizable guideway system, they could even be used on regular roads, meaning pods like this could be an easy way to integrate driverless vehicles into commuters’ lives.

Watch one in action below.