In the future, all your government mail — jury duty slips, election notices, those Social Security earnings statements — may... 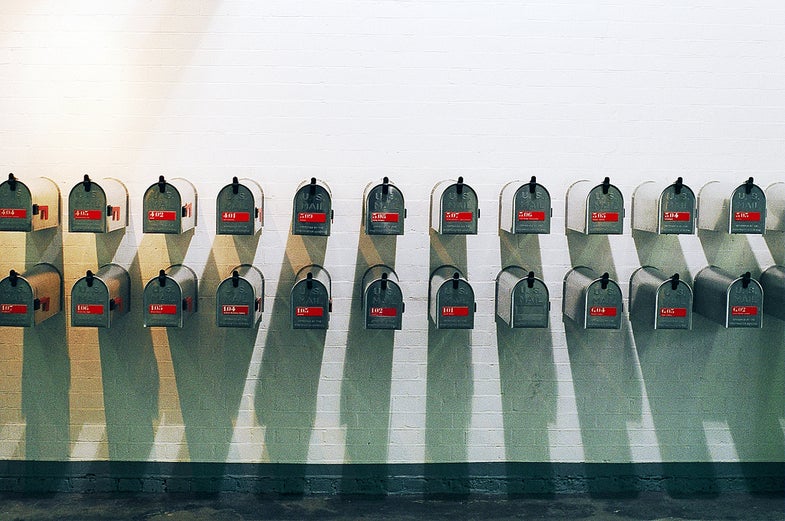 In the future, all your government mail — jury duty slips, election notices, those Social Security earnings statements — may not come in the mail at all. In Australia, federal politicians are debating ditching snail mail entirely, giving all citizens a state-sponsored inbox where they would receive all government communications.

A spokesman for the federal Opposition (the minority coalition under Australia’s parliamentary system) said the “electronic pigeon hole” would serve as a lifelong mailbox and storage service for communications between each citizen and the government.

Australians would likely get an account name using their names and dates of birth, hosted on the government’s Australia.gov.au domain, according to ComputerWorld Australia. Much like online bank statement setups in the U.S., the account would be free to anyone who wanted it, as long as the user agreed to stop receiving paper mail.

The government could save plenty of money by reducing paper, according to Malcolm Turnbull, a spokesman for the federal Opposition coalition. He made the comments as part of a larger discussion about Internet connectivity in the country.

Australia is one of a handful of nations debating major mail changes. In Sweden and Denmark, postage stamps are being replaced by text-message codes, and in Finland, officials are taking the dramatic step of opening and digitizing all paper mail (for people who opt-in). But these programs don’t address how the bureaucracy would continue to connect with the citizenry in the absence of mail carriers. Australia aims to keep those connections, and eliminate worries about fickle email users who change their addresses, by establishing a national system.

A federally hosted inbox would be problematic for poor populations or people living in rural areas without good broadband access, as ComputerWorld points out. But the government could conceivably address that by subsidizing broadband build-out and ensuring physical delivery remains an option for those people.

There are plenty of questions to be answered here, not the least of which is how to maintain privacy when all you’d need is someone’s name and date of birth to access his or her mail. It’s also based on the assumption that people would actively check their federal inboxes — yet another password to remember — when receiving physical mail is a much more passive activity. But it’s an interesting idea, and one potentially worth considering as our own postal service struggles under a massive shortfall — the USPS stands to lose $7 billion this year. A few servers and some firewalls would conceivably be a lot less expensive.