THE PROBLEM During the 2010 season, about 160 NFL players suffered concussions, which doctors have linked to depression, early onset... 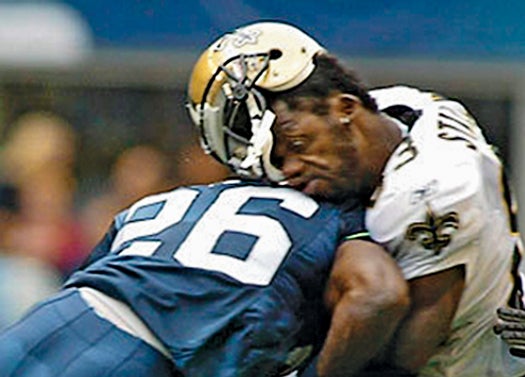 During the 2010 season, about 160 NFL players suffered concussions, which doctors have linked to depression, early onset of Alzheimer’s and chronic traumatic encephalopathy, a degenerative brain disease. The number of concussions in the NFL has increased by at least 20 percent each season for the past three years. The rate of concussions among high-school and college players (where they go unreported) is probably much higher.

Evan Breedlove, a mechanical engineering graduate student at Purdue University who studies neurotrauma in Indiana high-school football players, says that hitting a player in the head is like shaking a Jell-o mold on a platter. The brain shakes, and little splits called microhemorrhages can form. The splits also allow fluid in, which increases the likelihood of further concussions. “It’s generally a bad thing when the brain gets exposed to the chemistry in the rest of your body,” Breedlove says. The average NFL player sustains as many as 1,500 hits to the head throughout a season. It’s the accumulation of impact after impact that does real damage. “The big hit may just be the straw that breaks the camel’s back,” he says. 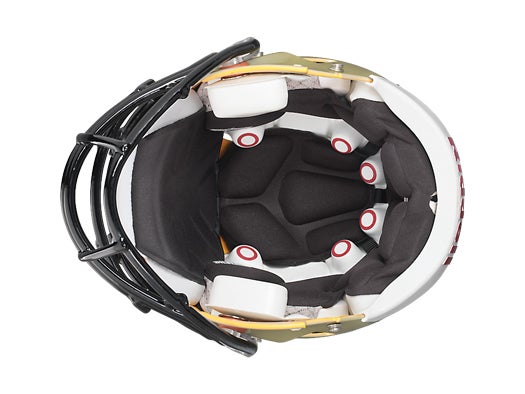 This season, NFL officials hope to introduce “smart helmets” and mouthguards outfitted with accelerometers and radio-frequency identification to measure the location and direction of hits experienced during a game or practice. The data is wirelessly transmitted to a computer on the sidelines, which calculates the magnitude of the hit and the location of the blow. In a two-year pilot program with high-school and college players, the system gathered data on more than 1.5 million head impacts. Researchers at Riddell, the helmet’s manufacturer, set a concussion threshold of 98 Gs per game—more than that, and they recommend benching a player. Each helmet costs about $1,000.

A less-expensive helmet from Riddell, ready for the 2012 season for high-school and college players, uses a thin film to gauge hits. On impact, pressure compresses the film, which generates a charge, sending a signal to a handheld unit on the sideline. Kevin Guskiewicz of the NFL’s Head, Neck and Spine Committee would like to see “every player geared up with some kind of monitoring” pronto.