Russian Space Telescope Lifts Off, Will Be Biggest Telescope Ever

A new Russian space telescope that will work in concert with radio telescopes on the ground launched earlier today, capping... 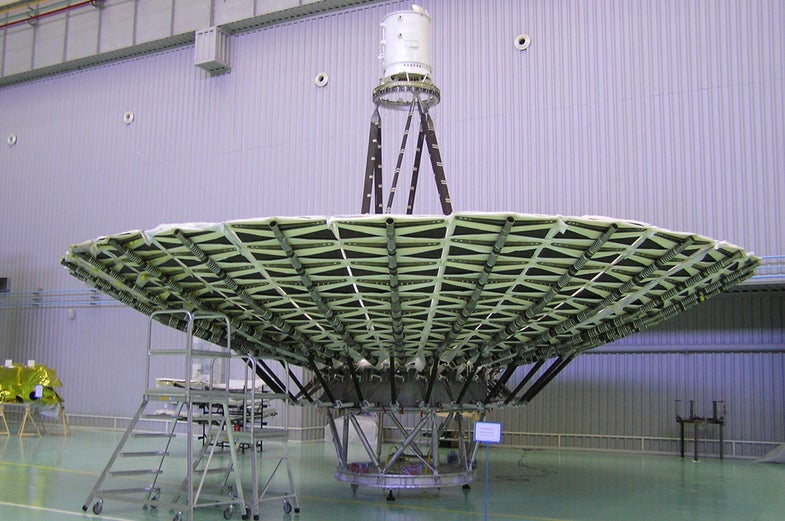 A new Russian space telescope that will work in concert with radio telescopes on the ground launched earlier today, capping an effort that germinated during the Cold War. It will be the biggest telescope ever, with an effective antenna size spanning 30 times the diameter of the Earth.

The RadioAstron telescope has a 10-meter antenna, a tenth of the size of the biggest radio telescopes on Earth, but when combined with ground-based observatories it will be huge — with a resolution up to 10,000 times better than the Hubble Space Telescope.

Interferometry is widely used to create huge telescope arrays on Earth, connecting individual observatories into a larger network with a much higher effective resolution. RadioAstron is not even the first space-based telescope for interferometry — about 15 years ago the Japanese space agency launched the Highly Advanced Laboratory for Communications and Astronomy (HALCA). But HALCA was only designed to last a few years, and fell silent in 2005. And RadiAstron, also known as Spektr-R, will be 10 times more sensitive than HALCA.

The telescope is designed to unfurl in orbit, with 27 carbon fiber petals unfolding to form a 10-meter-wide dish.

It will have a highly elliptical orbit, allowing the moon’s gravitational pull to shift its path. This highly variable orbital route, along with more powerful computers on the ground, will allow Russian scientists to develop high-resolution images of distant galaxies, according to a report by the South African press agency. 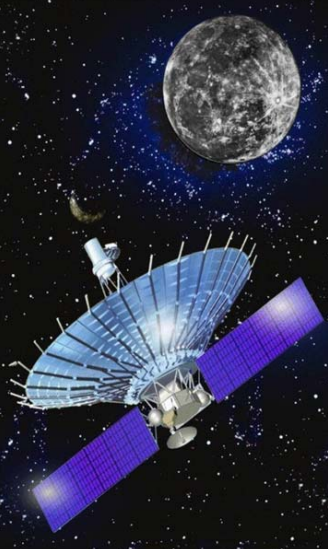 RadioAstron will be able to resolve celestial objects separated by an angle of 7 microarcseconds, which is 10,000 times the resolution of the Hubble Space Telescope, New Scientist notes. Scientists hope it will be able to peer at the event horizon of a black hole at the center of the galaxy M87; study radio waves emitted by water masers, which are clouds of water molecules found in galaxy discs; and study pulsars, among other missions.

But first Roscosmos will have to collect all the telescope’s data, New Scientist says. So far only one dish has been built to receive signals from the spacecraft, and others will be needed so the telescope’s 144 megabits per second of data is not lost.