"Spatial humanities," the future of history 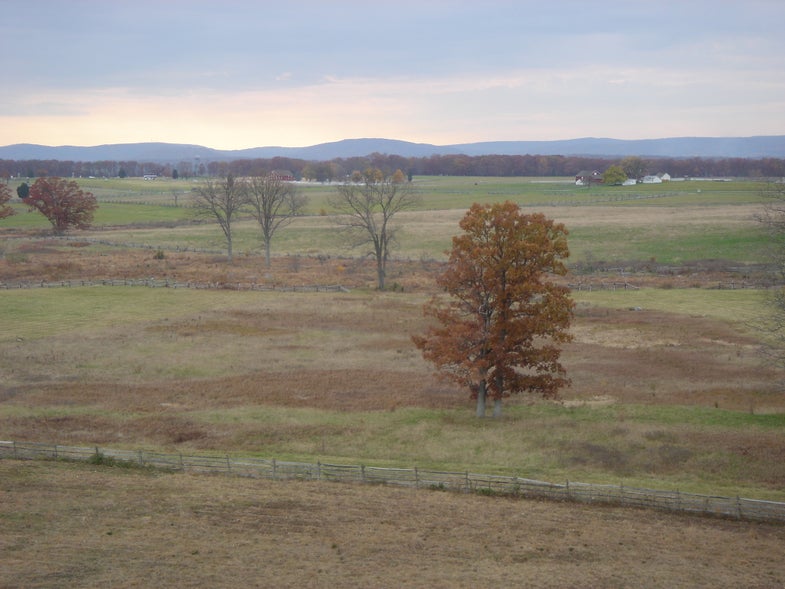 Even using the most detailed sources, studying history often requires a great imagination, so historians can visualize what the past looked and felt like. Now, new computer-assisted data analysis can help them really see it.

Geographic Information Systems, which can analyze information related to a physical location, are helping historians and geographers study past landscapes like Gettysburg, reconstructing what Robert E. Lee would have seen from Seminary Ridge. Researchers are studying the parched farmlands of the 1930s Dust Bowl, and even reconstructing scenes from Shakespeare’s 17th-century London.

But far from simply adding layers of complexity to historical study, GIS-enhanced landscape analysis is leading to new findings, the New York Times reports. Historians studying the Battle of Gettysburg have shed light on the tactical decisions that led to the turning point in the Civil War. And others examining records from the Dust Bowl era have found that extensive and irresponsible land use was not necessarily to blame for the disaster.

GIS has long been used by city planners who want to record changes to the landscape over time. And interactive map technology like Google Maps has led to several new discoveries. But by analyzing data that describes the physical attributes of a place, historians are finding answers to new questions.

Anne Kelly Knowles and colleagues at Middlebury College in Vermont culled information from historical maps, military documents explaining troop positions, and even paintings to reconstruct the Gettysburg battlefield. The researchers were able to explain what Robert E. Lee could and could not see from his vantage points at the Lutheran seminary and on Seminary Hill. He probably could not see the Union forces amassing on the eastern side of the battlefield, which helps explain some of his tactical decisions, Knowles said.

Geoff Cunfer at the University of Saskatchewan studied a trove of data from all 208 affected counties in Texas, New Mexico, Colorado, Oklahoma and Kansas — annual precipitation reports, wind direction, agricultural censuses and other data that would have been impossible to sift through without the help of a computer. He learned dust storms were common throughout the 19th century, and that areas that saw nary a tiller blade suffered just as much.

The new data-mapping phenomenon is known as spatial humanities, the Times reports. Check out their story to find out how advanced technology is the future of history.