The Future of Elections: Startup “Americans Elect” Plans an Internet-Based Third-Party Convention in 2012

American politicians have been promising to return power to the people for as long as Americans have been voting. But... 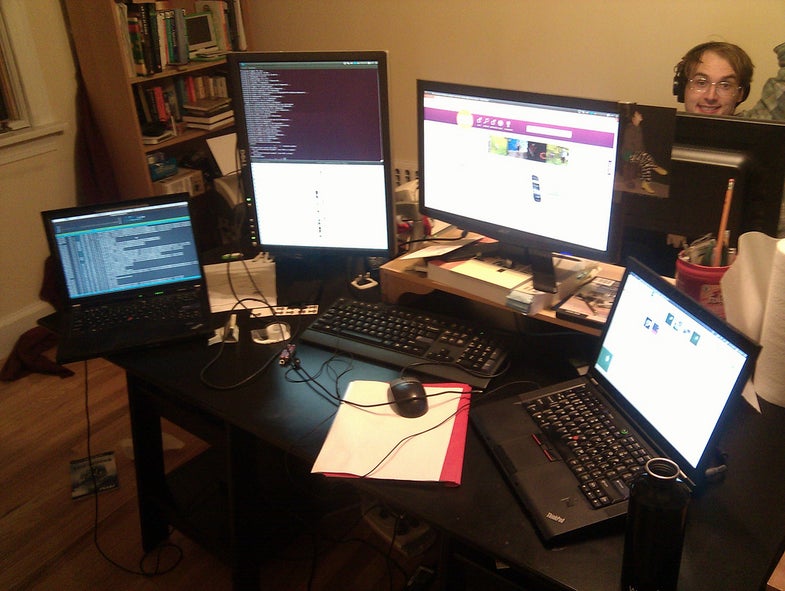 American politicians have been promising to return power to the people for as long as Americans have been voting. But anyone who pays attention knows that the average citizen has very little voice in Washington. Now a new startup that uses an Internet-sourced, social-media-inspired, American Idol-esque approach could be the change we can really believe in.

The new company, Americans Elect, is about to submit 1.6 million signatures required to get on the 2012 California presidential ballot, the beginning salvo of a 50-state effort. The company plans to host an open nominating process to build a viable third party ticket in every state. Thomas Friedman at the New York Times explains their strategy, and how they could remake the future of voting.

It would work by recruiting delegates — anyone with an interest in national government, regardless of ideology — who would then fill out a questionnaire about political priorities. Then Americans Elect’s algorithms will match delegates with people who share similar interests. Then can then organize and discuss priorities, drafting a candidate who represents their views. Each candidate must present a video platform explaining his or her positions, and after a three-round tournament in April 2012, the candidate pool will be reduced to six. Then each of the six finalists will have to pick a running mate.

Americans Elect is requiring each potential ticket to include one member of each existing party, so a Democrat would have to run with a Republican or independent, and a Republican with a Democrat or independent — a very Jack Lemmon/James Garner plotline that seems to undermine the idea of a third party. But it’s an interesting idea, and it seems like a viable way to use the Internet to democratize the democratic process.

Friedman is quite excited about this idea, predicting that Americans Elect will do for our current gridlocked duopoly “what Amazon.com did to books, what the blogosphere did to newspapers, what the iPod did to music, what drugstore.com did to pharmacies.” (He does not include “what pets.com did for pet stores.)

This seems a tad optimistic given the state of national politics, but hey, the Internet can solve lots of other problems, so why not this?

In June, an online national nominating convention will choose a final candidate, who would then be on the ballot under the Americans Elect party in all 50 states.

Sorry, Stephen Colbert and the Super Pac — the rules say any nominee must be “considered someone of similar stature to our previous presidents.” (Although one could argue Colbert is more serious than some of them.)