Regular readers of this page are all pretty familiar with the latest generation of flying robots, from tennis-playing quadcopters to... 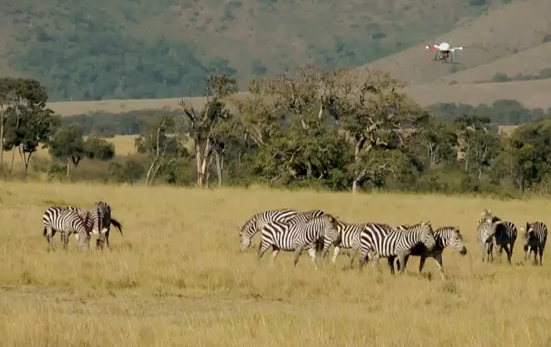 Regular readers of this page are all pretty familiar with the latest generation of flying robots, from tennis-playing quadcopters to surveillance hummingbirds. But zebras, it’s fair to say, are not. So what happens when a drone buzzes a herd?

The German surveillance bot maker Microdrones took one of their md4-1000 quadcopters to the Masai Mara region of the Serengeti, and used it to capture video of all sorts of African wildlife. Here’s a preview of what their drone saw.

This is apparently a production for TBS Television Japan, according to Microdrones’ YouTube feed. It looks like “Planet Earth” but with robots.

Small surveillance drones are great for entering areas where humans can’t or shouldn’t tread, and African wildlife preserves are no exception. The creatures even seemed pretty unfazed by the hovering intruder, which could be less invasive than a mud-caked Land Rover. But it would have been even cooler if one of the elephants grabbed it with a trunk.