Video: The Evolution of DARPA’s Robotic Hummingbird, From Start to Finish

Of all the DARPA projects we follow here at PopSci–and regular readers know that we follow a lot of them–perhaps... 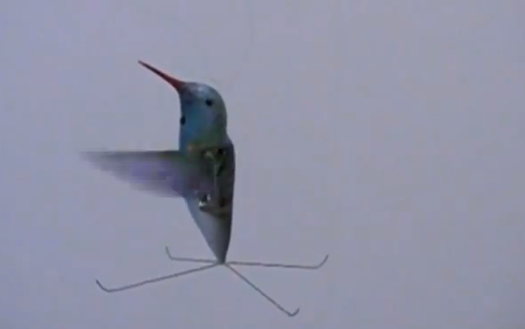 Of all the DARPA projects we follow here at PopSci–and regular readers know that we follow a lot of them–perhaps none has been quite so fascinating as the Nano Air Vehicle (NAV) program, a.k.a. the robotic hummingbird, which culminated earlier this year in a working prototype. So you can imagine our delight when DARPA released this short video chronicling the bird’s journey from drawing board to early prototype to crash test dummy to eventual functioning, camera-equipped nano air vehicle that fits in the palm of a hand.

DARPA began pursuing the project in 2005 and commissioned Aerovironment to begin work on prototype technologies in 2006. Since then, as you’ll see in the video, it hasn’t always been smooth hovering. Early versions were difficult to handle and crashes were not infrequent. But the final product is nothing short of impressive: a tiny, robotic bird capable of two-wing hovering, fast forward flight, and maneuvers like rolls and flips all while carrying all of its own power sources, a small computer, and a tiny camera that beams a feed back to the operator.

Not bad for six years of intense work and more than 300 wing designs. See it come together in fast forward in the video below.