Meet EMMA, the Electron Model of Many Applications 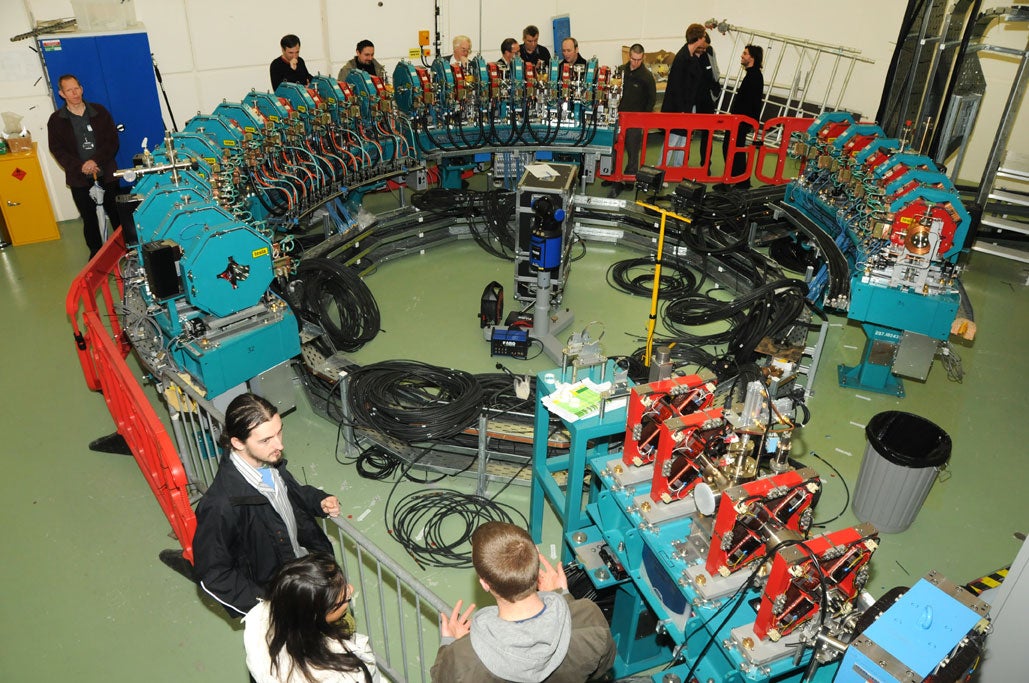 A wee particle accelerator in the English countryside could be a harbinger of a safer, cleaner future of energy. Specifically, nuclear energy, but not the type that has wrought havoc in Japan and controversy throughout Europe and the U.S. It would be based on thorium, a radioactive element that is much more abundant, and much more safe, than traditional sources of nuclear power.

Some advocates believe small nuclear reactors powered by thorium could wean the world off coal and natural gas, and do it more safely than traditional nuclear. Thorium is not only abundant, but more efficient than uranium or coal — one ton of the silver metal can produce as much energy as 200 tons of uranium, or 3.5 million tons of coal, as the Mail on Sunday calculates it.

The newspaper took a tour of a small particle accelerator that could be used to power future thorium reactors. Nicknamed EMMA — the Electron Model of Many Applications — the accelerator would be used to jump-start fissile nuclear reactions inside a small-scale thorium power plant.

Thorium reactors would not melt down, in part because they require an external input to produce fission. Thorium atoms would release energy when bombarded by high-energy neutrons, such as the type supplied in a particle accelerator.

Providing that stimulus is one obstacle to building small thorium reactors — but a new generation of accelerators like EMMA, and someday potentially even smaller, luggage-sized ones — could do the job.

EMMA operates at operates around 20 MeV, or 20 million electronvolts, a paltry amount for an atom accelerator. The Tevatron, for instance, accelerates particles to 1 tera-electron volts. The Large Hadron Collider is designed to speed them to 7 TeV. But thorium reactors would not need such high energies to initiate fusion.

British scientists are already working on a successor called PAMELA, the Particle Accelerator for Medical Applications, which will be used to treat cancer.

Click through to the Mail for a full tour of EMMA, its sister apparatus ALICE (Accelerators and Lasers In Combined Experiments), and a description of British efforts to produce thorium power.