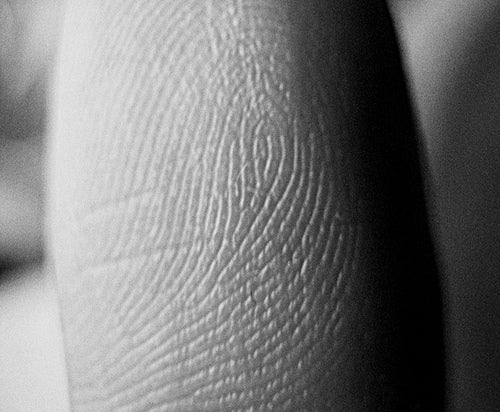 Despite advances in DNA detection and blood-sample analysis, the old-fashioned fingerprint is still a favored method for deducing who was present at a crime scene. But in some cases, it’s too difficult to obtain any fingerprint evidence at all. The smudges don’t last very long on non-porous surfaces, and people with dry skin don’t leave very clear finger marks, for instance.

Researchers in Australia and Illinois have found a new way to target amino acids found in sweat, which can be detected after someone imprints a finger on an object. Most of the time, these dissipate in storage or in dry conditions, but the new method can sniff them out.

It measures chemical fingerprints, if you will. Researchers led by Xanthe Spindler at the University of Technology in Sydney used antibodies that bind to amino acids, and combined them with gold nanoparticles. When the antibodies bound to the amino acids, the nanoparticles helped resolve the molecular compounds, leading to a much clearer fingerprint picture.

In a news release, Spindler said the results were far better than traditional fingerprint-detailing methods, including dusting with powder and exposing it to the fumes found in superglue, which react with the amino acids. Once the fingerprint is identified, investigators would still have to use identification techniques to match the whorls, loops and arches to a particular person.

“The potential is there to go back to old cases to see what might now be recovered,” Spindler said.