IBM Data Analysis Platform to Plan a More Efficient Future, Coming to a City Near You

IBM is rolling out a data analysis software platform that can be adapted to any city, allowing municipal leaders to... 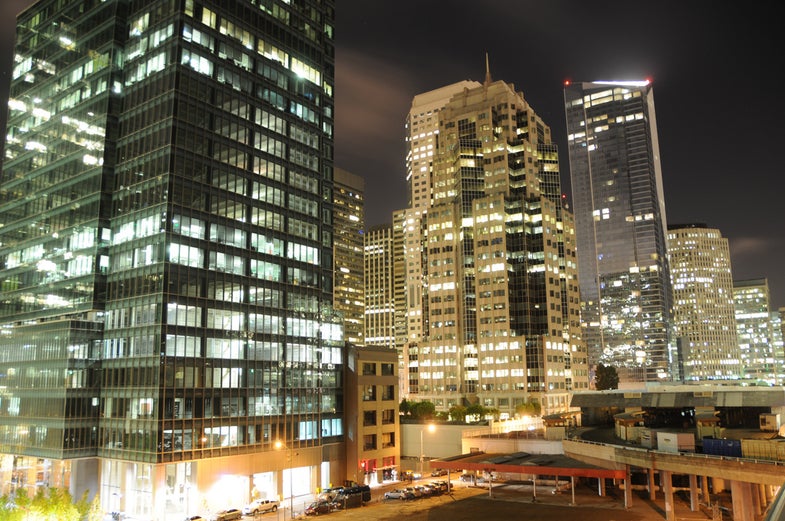 IBM is rolling out a data analysis software platform that can be adapted to any city, allowing municipal leaders to synthesize and mine reams of data that could help a city run more efficiently.

The Intelligent Operations Center is designed to aggregate data from multiple government IT systems, which could help city planners spot trends and connections among various types of data. As we reported previously, IBM began rolling out the porject in Rio de Janeiro, where algorithms are helping predict the weather and coordinate emergency responses. IBM has also been working with smaller locales like Dubuque, Iowa, to study anything from public safety to water use.

The platform could integrate public transportation information with traffic management, for instance, letting cities plan better bus routes or traffic signal patterns based on congestion at various times of day. Or it could monitor maintenance logs on city infrastructure, deploying utility crews to fix water pipes or other assets before they break. It could even help planners devise better emergency responses, analyzing cameras and crime databases to catch criminals or even prevent crime, IBM says.

It will all be cloud-based, so cities won’t have to hire teams of on-the-ground IT consultants to sift through competing types of data. This will be cheaper for cities, but also easier for IBM, which can easily customize code for any municipality.

The plug-and-play system will have several modules based on various themes, like public safety or water management. None of the modules are available yet, but IBM will roll them out over the next year, PC World explains. IBM engineers noticed several common threads in its previous Smarter Cities projects, like how to deal with congestion, and decided to turn them into code.

IBM plans to offer the software starting June 17. Cities will be able to contract with Big Blue itself or various vendors, the company says. No word yet on price, but IBM says the system’s ability to spot inefficiencies will save cities money in the long run. For instance, Alameda County, Calif., used a software system to coordinate its social services, which saved $25 million a year, IBM tells PC World.

This could be a promising proposition for cash-strapped municipalities still reeling from the recession. And that sounds pretty smart.