It turns out the Web really is democratic 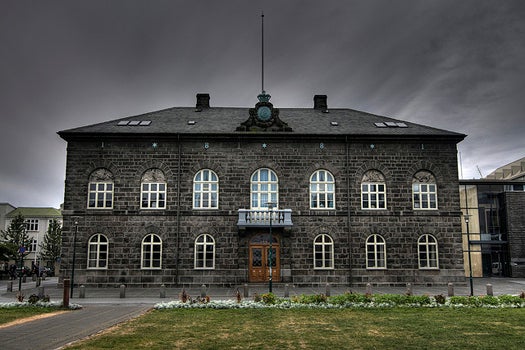 It may not look very Web 2.0, but Iceland is tapping the power of the Web to engage its citizens in the drafting of a new constitution. Dr. Jaus via Flickr
SHARE

In the 18th century, if you wanted to draft a democratic constitution you crowded a handful of men into a room and hashed out the finer points of policy and philosophy until you had a document that was declared the law of the land. Same for the 19th and 20th centuries. But nowadays, the Internet–that great democratizer–is bringing a new kind of power to the people. Icelandic authorities overhauling that county’s constitution post-financial meltdown is tapping the power of the Web to allow citizens to give their two cents on how a new governing document should look.

There is still the small collection of leaders in a room drafting the actual document–25 of them to be exact. But they are reaching out to Iceland’s 320,000 people–one of the world’s more computer-literate populations–through Facebook, Twitter, and YouTube (but mostly Facebook, let’s be honest).

A thorough review and rewriting of the constitution (which is more or less Denmark’s constitution with a few minor tweaks) has been on the legislative agenda since Iceland gained independence in 1944. The new crowdsourced document could be put before the entire voting population in a referendum before parliament decides on the final draft. We’re not sure why. It seems like parliament should have a pretty good notion of how the public feels about the final draft based on how many “likes” it gets.