IBM researchers in Zurich–working alongside their stateside colleagues–have demonstrated for the first time that phase change memory (PCM) can reliably... 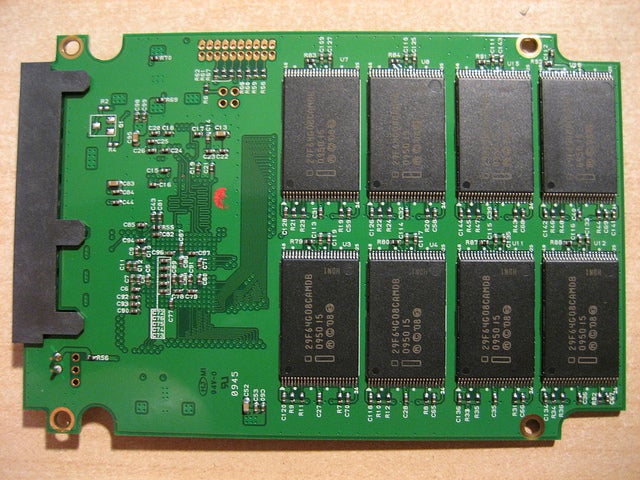 IBM researchers in Zurich–working alongside their stateside colleagues–have demonstrated for the first time that phase change memory (PCM) can reliably store multiple data bits per cell over long periods of time. By tweaking their “read” and “write” processes to mitigate problems that have dogged PCM for years, the breakthrough could spell the beginning of a long, slow phase out of flash in everything from mobile devices to cloud storage.

Like flash, PCM is a non-volatile memory technology. But PCM has the potential to blow flash performance out of the water. PCM could boost overall performance of backbone IT systems by orders of magnitude. Computers could boot instantaneously. The cloud could grow at rates that might actually keep up with all the stuff we’re shoveling into the cloud.

But phase change memory isn’t the simplest nut to crack (for fuller explanations of how it works, click through the link below. Or try Wikipedia). Simply put, PCM takes advantage of the change in resistance that takes place when a material changes phases, in this case from a crystalline structure to an amorphous one. Crystalline structures exhibit high resistance and amorphous low resistance.

This range of resistance allows computer scientists to store more than one bit per memory cell, hence the huge jump in memory and performance. So in the IBM research to which we refer, scientists were able to store the bit combos “00,” “01,” “10,” and “11” in four distinct resistance levels of a single bit. It’s like a four-for-one deal.

The problem with PCM is that the resistance in the amorphous state tends to drift, rising over time and leading to read errors. That’s the real problem that was solved here: IBM’s novel read/write processes, rather than restricting resistance drift, are now coding in a drift-tolerant way. If the resistance shifts, it’s no big deal; the PCM’s long-term retention of usable, retrievable data is still solid.

This demo has been going on successfully for five months, long enough that IBM feels confident that it has a solution that really can hold data in PCM for extended periods. Of course research is ongoing, but if it proves as reliable as this first demo suggests, PCM could potentially become as ubiquitous as flash is today, doing a whole lot more with a lot less space.