Like anyone else, when the ESO gets a new toy, it is understandably eager to play with it. Today we... 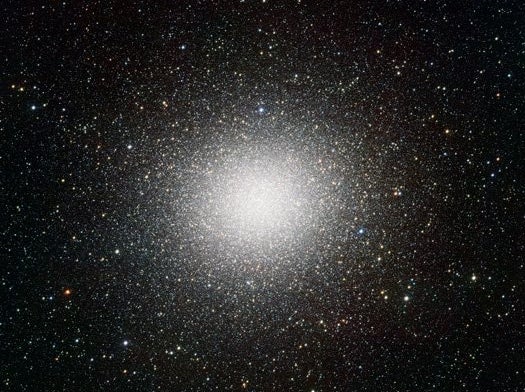 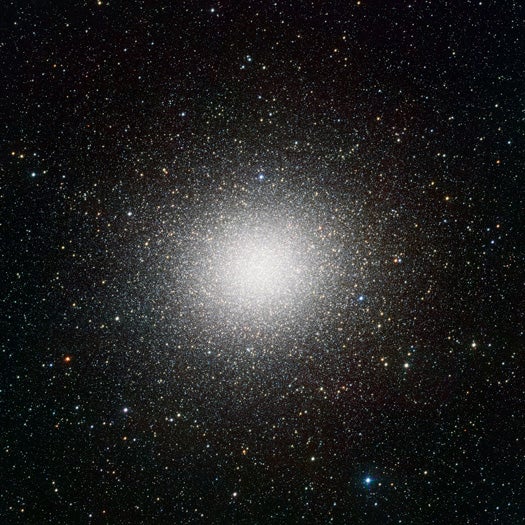 Omega Centauri Captured by the VST

Like anyone else, when the ESO gets a new toy, it is understandably eager to play with it. Today we get the first images from the European Southern Observatory’s latest addition to its Paranal Observatory in Chile’s Atacama Desert: the VLT (Very Large Telescope) Survey Telescope, or VST (it’s like an acronym within an acronym). The VST, a brand new 8.5-foot telescope boasting a 268-megapixel camera is now the largest telescope in the world surveying the sky exclusively in the visible spectrum.

Over the next five years, the VST will make three surveys of the southern sky, all of which will be made public. The surveys all have different core objectives–one will study dark matter and galaxy evolution away from the Milky Way, another will focus on dark energy, and the third will map the structure of our own galactic disc–but because they will all be conducted in the visible spectrum we can all expect to benefit from some seriously beautiful space pics.

How many? Roughly 30 terabytes of raw data will flow to European servers and out into the public domain each year, much of which will consist of images snapped around the galaxy and the larger universe–images just like the ones you see here. Above we see the star-forming region Messier 17, part of the Swan Nebula located at the Milky Way’s heart. Below is the globular star cluster Omega Centauri in what might be the best portraiture ever taken of the region. 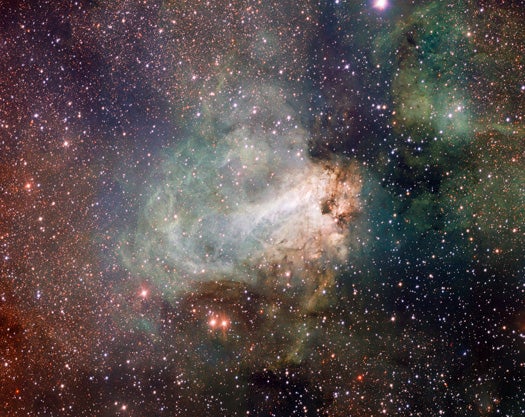