An undeniably Burt Rutan-esque aircraft has been spotted in the airspace just a few dozen miles south of Beale Air... 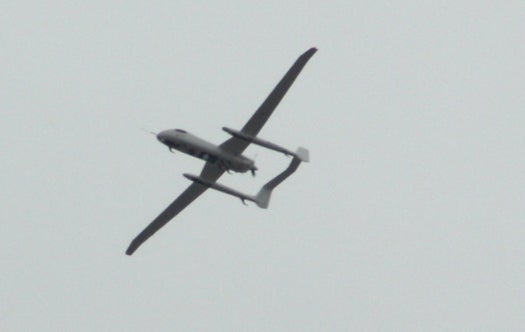 An undeniably Burt Rutan-esque aircraft has been spotted in the airspace just a few dozen miles south of Beale Air Force Base, prompting aerospace buffs to post the question: what is this Burt Rutan-esque aircraft doing in the air near Beale Air Force Base? Flight Global has since identified (possibly) the plane as Scaled Composites Model 355, but what’s less clear is what sort of aircraft it might be.

I’m going to go out on a limb here and say the Model 355 is not just manned, but is probably optionally unmanned, too. And those antennas on the bottom of the fuselage are clearly not intended for civilian purposes. That is a signals intelligence payload, my friends.

Whoa. An optionally manned/unmanned medium-altitude, long-range experimental aircraft with a SIGINT package strapped to the belly? Consider us intrigued. The image above surfaced on Flickr a couple of weeks back, while the shot above was captured and posted by a photog near Beale yesterday (though this flightplan suggests if took off and landed via regional airports, so the AFB link is dubious). If more photos/information surface, we’ll update here. 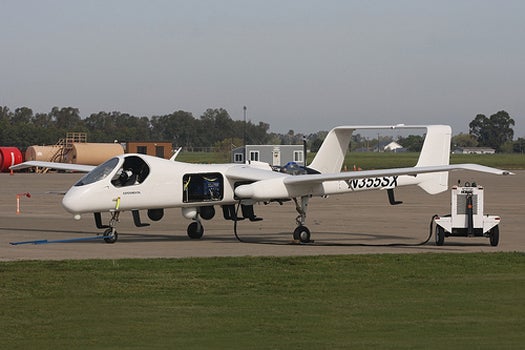