Science fiction writer David Brin (known for the Uplift Universe, if you’re into that sort of thing), has proposed a... 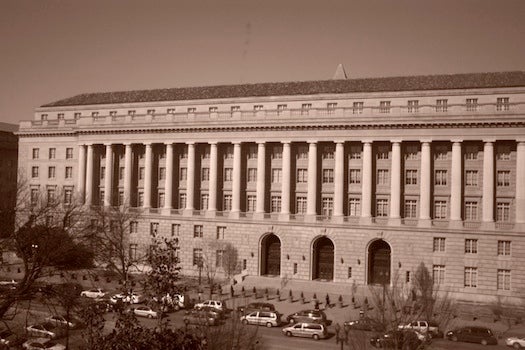 Science fiction writer David Brin (known for the Uplift Universe, if you’re into that sort of thing), has proposed a way to simplify the notoriously complex and loophole-filled U.S. tax code while attempting to not infuriate anyone with the changes. Will it happen? Probably not. But is it a simple, clean, valid idea that someone in charge should seriously consider? Yep.

Brin’s proposal aims to replace the document President Obama once referred to as a “10,000-page monstrosity” with a mathematical model that can find the simplest “no losers” code. The idea is to create software that can input a round of simplifications and then output a spreadsheet of how those simplifications would affect, say, a hundred different groups, from small business owners to students to corporations. You’d give it some boundaries to ensure that none of those groups take a hit of more than, say, 5% (which sounds kind of high to me, but it’s the idea that counts), and keep feeding it simplifications until you arrive at the simplest code that doesn’t screw anyone.

This isn’t a “how to fix the tax code” or “how to block loopholes” or “how to make Goldman Sachs pay more than 1% in taxes.” It’s just designed to keep the bottom line of taxes as close to what they are now as possible while eliminating as much verbiage, repetition, and unnecessary language as possible. It might require a balancing act–if one round of simplifications screws one group, the next round might have to balance that out.

Brin isn’t convinced anyone will actually attempt this, though he says “some people who know about such things” say it’s not only possible but already exists in bits and pieces–various government agencies use programs like this to test specific inputs and outputs. But it certainly seems like something we should try.