We frequently hear about the ways 3-D printing will change the manufacturing industry, allowing greater precision and lower costs in... 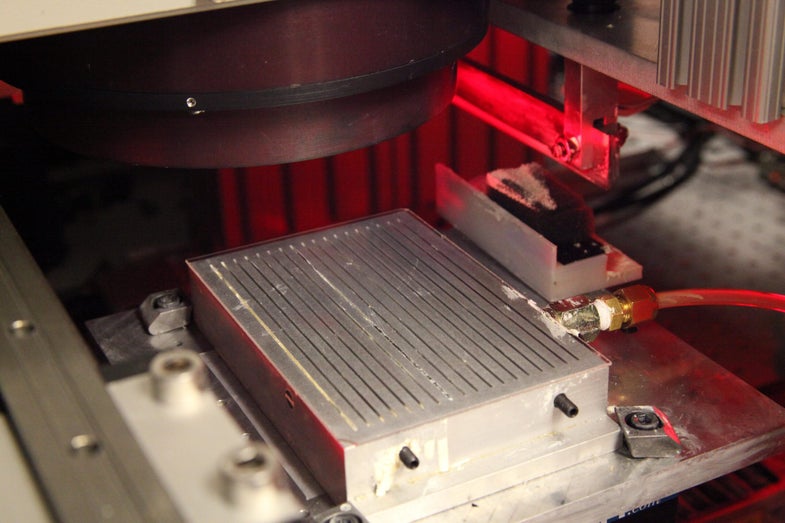 We frequently hear about the ways 3-D printing will change the manufacturing industry, allowing greater precision and lower costs in anything from airplane parts to custom chocolates. Now GE is starting a lab at its research headquarters designed to turn 3-D printing into a manufacturing mainstay, using it to make medical equipment and more.

Additive manufacturing could be a simple way to produce intricate parts for complex machines, according to a GE blog post by Scott Smith, a diagnostics and biomedical imaging researcher at GE Global Research. Recent improvements in 3-D printers can manufacture tiny components from a wide range of materials, from ceramics to metals.

GE engineers have started using a 3-D printer to make transducers for portable ultrasound devices. The transducer is the part that goes against your skin, transforming electrical signals into sound waves. They consist of thousands of tiny, ultra-thin columns, which GE currently makes by slicing and dicing ceramic. That process is tedious and expensive, and can only be used to make a few shapes — different sizes require different cutting tools.

Instead, researchers developed a new 3-D printing method involving a ceramic slurry exposed to an ultraviolet light. It solidifies when exposed to the light, and in this way, the transducers are built up layer by layer, rather than carved away. Technology Review explains it in more detail.

It’s not ready for mass production yet, but it is much faster and less resource-intensive than the current manufacturing methods, so it could lower costs, Tech Review explains. Eventually, GE could produce a host of transducer sizes and arrays on a single 3-D printer, leading to higher-resolution ultrasounds.

Several limitations remain, however, including the size of materials GE can print with its current machines. So it’s not spitting out complete wind turbines or buildings on the moon — at least not yet — but it’s a step in the right direction.