Searching text is a cinch, and thanks to facial and object recognition algorithms it’s growing increasingly easier to search within... 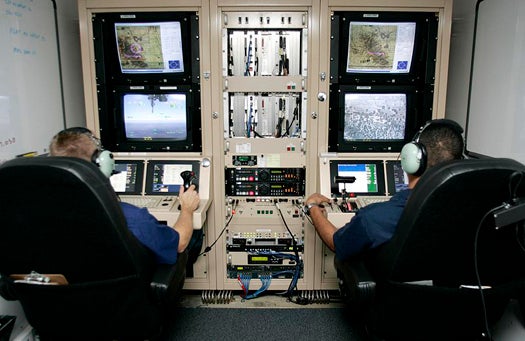 Searching text is a cinch, and thanks to facial and object recognition algorithms it’s growing increasingly easier to search within images for an object or person. But search within video–that is, video that has not already been previously viewed and tagged with searchable text–is particularly technologically daunting. But now, DARPA appears to have figured it out, at least partially.

DARPA’s Video and Image Retrieval and Analysis Tool (VIRAT) program was initiated to create a means for military and intelligence services to sort through all that video data streaming in drones, satellites, and other surveillance methods that have proliferated like mad in the last decade. All that data is creating quite a glut, and rather than assigning manpower to sift through endless streams of video footage the DoD would love a few good algorithms to do it instead.

But while some DARPA initiatives succeed and many others end up turning into something very different than what was originally envisioned, it seems VIRAT struck gold. Via a mandatory contract announcement, The Register reports that DARPA has awarded Lockheed Martin an unspecified sum to integrate VIRAT software into “multiple programs of record for full motion video.”

That means two things: VIRAT must be effective at scanning video footage to some degree, and most of us won’t get to see how (or how well) it works for quite some time. Hopefully this is one of those mil-tech developments that will trickle down to the rest of us sooner rather than later.