After Thirty Years on Paper, Skylon Spaceplane Gets a Key Endorsement from the ESA

The Skylon spaceplane, a concept spacecraft that has been incubating in the UK for something like three decades, has all... 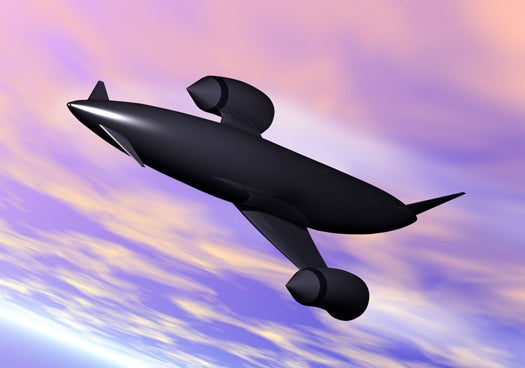 The Skylon spaceplane, a concept spacecraft that has been incubating in the UK for something like three decades, has all of a sudden taken a big leap forward thanks to a technical review by the European Space Agency. And if the money comes through–Skylon is a privately funded venture–this summer’s test program could quickly turn into a full-fledged ground demonstrator engine followed by a fifth scale model of one of the engines that would actually take to the skies.

The proposed Skylon would be reusable like the space shuttles but would dispense with massive, expensive rockets, taking off and landing via a conventional runway instead. Its novel integrated engine design allows the spacecraft to operate more like a conventional jet at lower altitudes, pulling in oxygen from the atmosphere rather than from external oxygen tanks. This drastically cuts down on its fuel load at takeoff.

At higher altitudes where the atmosphere thins, Skylon’s Sabre engine switches to full-on rocket mode and propels itself more like a conventional launch vehicle–though by this point it is already moving fast enough, and the air is thin enough, that it doesn’t need too terribly much fuel. Along the way it has to shed no external fuel tanks, allowing for what engineers are calling “single-stage-to-orbit” spaceflight. In this way, the reusable 275-foot Skylon could launch payloads of more than 16 tons into space with regularity at a far lower per-kilo cost than conventional rockets can.

But the hybrid air-breathing/rocket engine presents some serious challenges as well, and that’s what’s kept Skylon grounded for so many years. The engine must manage 1,000-degree high-speed gases flowing through its intake, then cool them prior to compressing and burning them along with hydrogen. This has led to the design of a novel heat exchanger that can take said gases and plunge them to -130 degrees celsius in just 1/100th of a second–no small feat. Engineers then had to devise a unique anti-frost solution that allows this heat exchanger to run continuously without freezing up.

By the ESA’s account, engineers working on the Skylon and its Sabre engine have done all of these things. ESA’s technical staff have seen it working on the lab bench and have given the engine their approving nod to go ahead with ground tests. That will happen this summer, when a scaled-up version of the cooling tech will be demoed.

That’s a big deal. If Skylon–or something like it–ever takes flight, engineers claim it could bring the roughly $7,000 per pound payload cost to launch satellites into orbit down to less than $500 per pound. 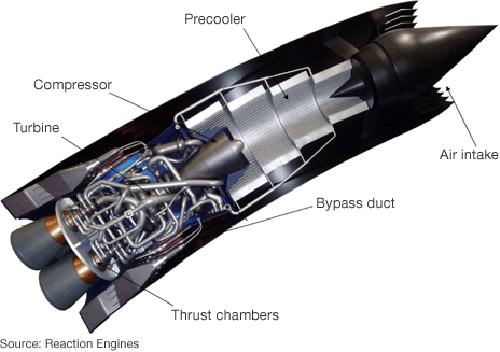