See What Yuri Saw in “First Orbit,” a Minute-by-Minute Recreation of His Historic Mission Shot From the ISS Window

Every six weeks or so, the International Space Station’s orbit matches the same arc around the world traced originally by... 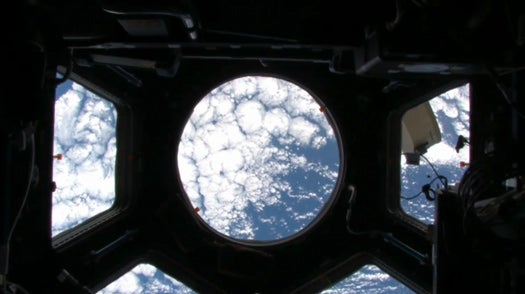 Every six weeks or so, the International Space Station’s orbit matches the same arc around the world traced originally by Yuri Gagarin’s Vostok capsule, 50 years ago today. A few weeks ago we told you about the British film maker Christopher Riley who, working with an astronaut aboard the ISS, set out to film exactly what Yuri Gagarin saw out of the porthole. Today, the fruits of their labor, First Orbit has been released. Set your YouTubes to HD, folks—this is great.

The footage, shot by astronaut Pablo Nespoli, is synced in real time with mission control radio communications. So when Gagarin marvels at seeing the Earth from space for the first time, seeing green forest fading into white snow, so do you.

The film is free to download (the site is currently under a fair bit of load, as you might imagine) and stream on YouTube, and it will be shown at what is sure to be a raucous Yuri’s Night at locations around the world.