As wind turbine designs grow ever larger, engineers need new facilities to test their mettle, measuring their energy-generation capacity and... 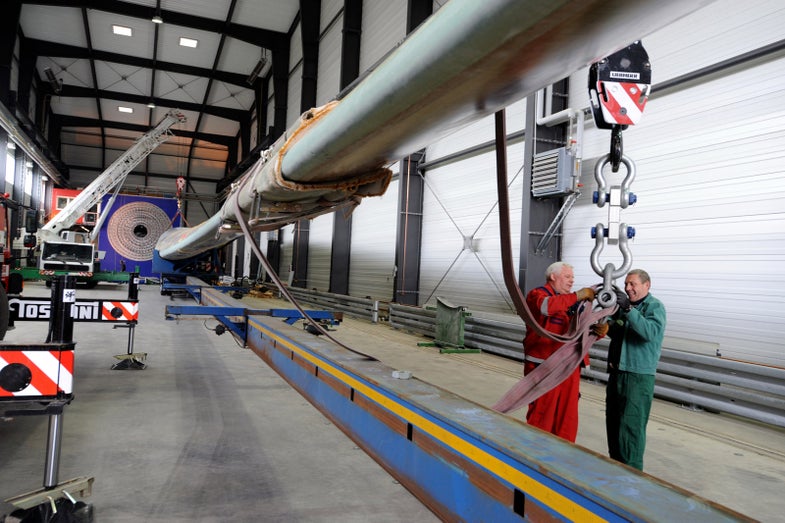 As wind turbine designs grow ever larger, engineers need new facilities to test their mettle, measuring their energy-generation capacity and making sure they can withstand the windiest conditions.

A new rig for extreme turbine rotor blade tests is set to open this summer in Germany, built to assess a new generation of mega turbines.

The biggest turbines in use today can generate about 2.5 megawatts with rotor blades that span about 200 feet. But new designs — including a 7-MW behemoth with a 260-foot rotor the turbine-maker Vestas unveiled last week — will need to be tested before they can be installed.

This entails mounting a rotor blade to a tiltable block and putting pressure on it, seeing how far it can bend. Along with validating a manufacturer’s design specs, the tests will simulate the forces acting on rotor blades as they spin in the wind.

The Fraunhofer Institute for Wind Energy and Energy System Technology in Bremerhaven is opening a new test facility with a tiltable steel and concrete mounting block that weighs 100 metric tons. A blade will be mounted in the block with its tip pointed at a slight angle. Weight-bearing cables are attached, and as the mounting block rotates the blade up, it starts to bend — the new machine can bend a rotor blade “as a finger to a blade of grass,” according to a news release from Fraunhofer.

The test bed will also simulate the cyclic forces acting on the blade as it turns, Fraunhofer says. A hydraulic cylinder will alternately push and pull on the blade, causing it to vibrate. Facilities like this will be crucial for testing new turbines like this monster below, designed to operate in the North Sea. 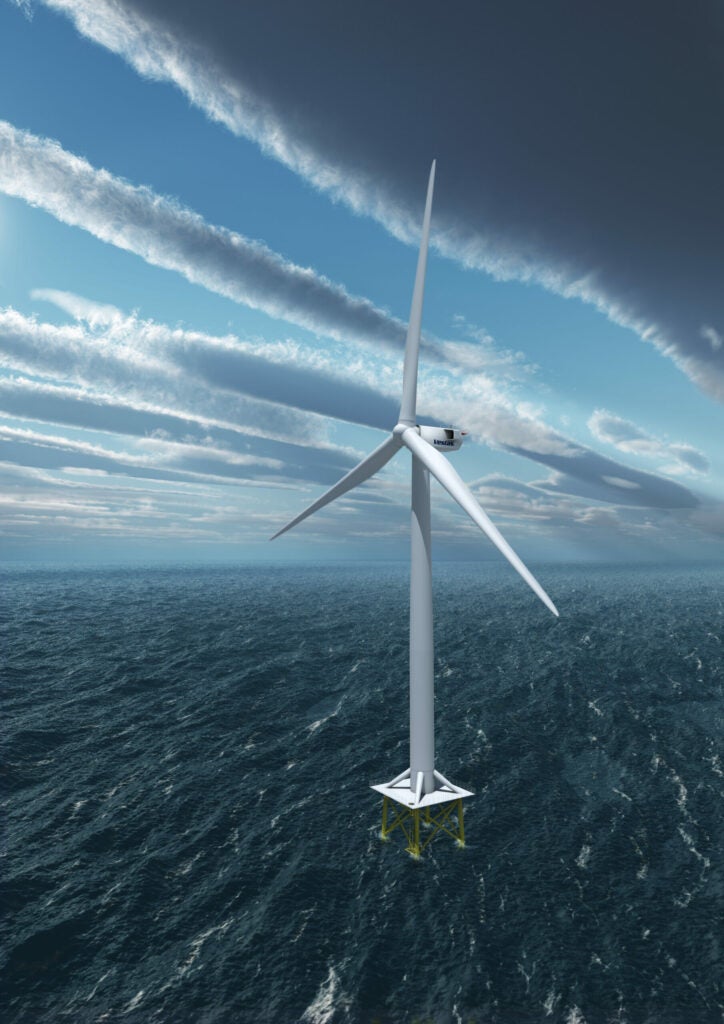 This new wind turbine concept will generate up to 7 megawatts and is expected to be in production by 2015.

Vestas said the new design was the first ever built specifically for offshore wind farms, which are increasingly prevalent in Europe. The 443-foot-tall turbine’s rotor blades will trace a circle bigger than the gigantic London Eye ferris wheel, according to Reuters.

Other facilities have to test the turbine drive shafts, making sure they can generate electricity efficiently. In the U.S., the National Renewable Energy Laboratory has a 2.5-megawatt dynamometer that can test powerful turbine drive trains. These test facilities simulate years of wear and tear in a couple months. NREL is already building a 5-MW dynamometer to test the next generation of turbines.

Fraunhofer’s new test rig opens on June 9, 2011, but is designers are giving a preview this week at the Hannover Messe technology fair.