Hacker spaces are cropping up all over the globe 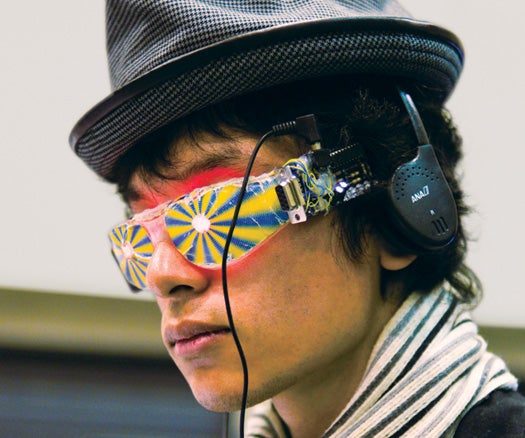 Nearly 150 hacker spaces have opened in the U.S. in the past three years. Rather than havens of illicit computing, these communal workshops are places for members, in exchange for monthly dues, to get together and share equipment too big and dangerous for a home or garage (oscilloscopes, welding rigs, laser-cutters) and collaborate on projects too audacious to undergo alone (thought-controlled helicopters, helium balloons with autonomous robot pilots).

In this way, the movement is a bit of a throwback—the first people to call themselves hackers were members of MIT’s Model Railroad Club in the 1950s who were infamous for their manipulation of the school’s lock and telephone systems.

Hijacking systems to make them work differently is what hackers do, and hacker-space members are no exception. A New York group called NYC Resistor created a 3-D printer they named MakerBot, which is open-source and can “print” its own parts.

San Francisco’s Noisebridge group built an anklet with a direction-sensing microchip and an array of pager motors. After a few hours, the wearer has an innate sense of magnetic north. Inventions birthed by the movement have been so prolific and of such high quality that they’ve been featured in this magazine before, most notably (and recently) a beer-dispensing slot machine.