The sun makes an excellent coffee roaster, it turns out 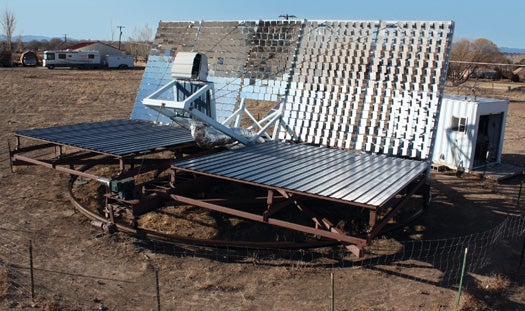 In 2004, artist Dave Hartkop was looking for a way to move out of his parents’ house. Pairing his interest in alternative energy with his brother Mike’s passion for coffee, he decided to start an online coffee business, and designed a huge solar-powered roasting system to supply it. Now the brothers are on their fourth, and by far largest, version of the roaster. Dubbed Helios 4, it’s made up of more than 600 mirrors and has a 35-foot-by-35-foot footprint.

Hartkop chose solar power because it was the only renewable resource that could produce high-enough temperatures for roasting at a feasible cost. But he faced a major obstacle: Wind gusts in the Pueblo, Colorado, area where he lives regularly reach 90 mph. So he hired contractors to fabricate a truss from two I-beams to stabilize the solar array, bringing the structure’s weight to about 11,000 pounds.

The array is mounted on two concentric circular tracks and turned by a solar-cell-powered motor to keep the mirrors pointed at the sun. During the roasting process, an operator adjusts the array’s heading and angle every two to three minutes by following a pinhole-camera feed of the sun on a closed-circuit video system. The mirrors concentrate the sun’s rays onto a receiver box that heats air to as high as 900ºF. Solar-cell-powered fans duct the air into the roaster chamber.

Hartkop is now working on a lighter system to be mounted on the roof of the brothers’ warehouse. But the Helios 4 won’t go to the landfill—he plans to sell it to a local recycler who will use it to make path stones from plastics. 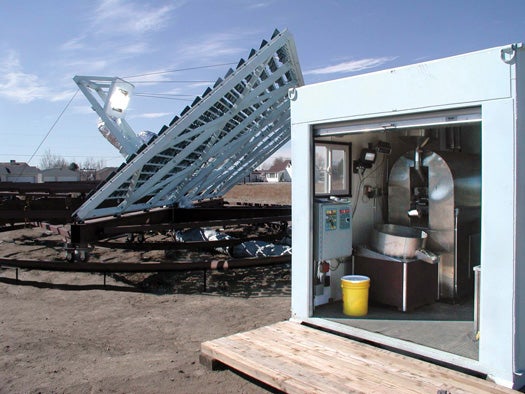 As the mirrors turn, a motor powers a winch system that raises or lowers the array like an easel. The roasting process takes up to 25 minutes for 15 pounds of coffee. Time: 10 months Cost: $65,000 Read about it. 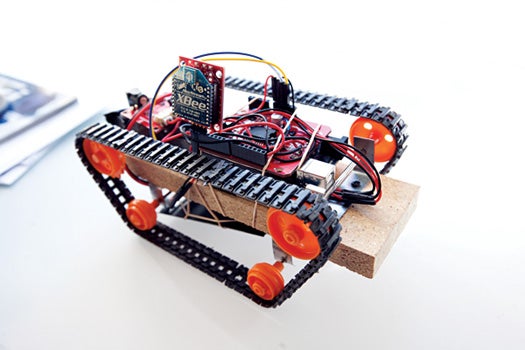 The body of New York engineer Chris Rojas’s iPhone-controlled tank features a microcontroller, an antenna module for receiving commands (software he wrote translates input from the iPhone into commands the tank understands), and a solar charger and batteries. Eight hours in the sun yields an hour of driving time. Time:10 hours Cost:$150 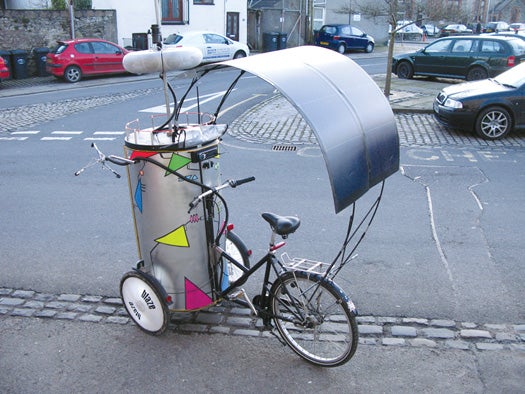 British artist Dan Fox built a mobile stereo on top of a tricycle for parades and other events. The Boom Bike’s two six-volt solar panels power a sound system made up of 13 speakers. The lithium-iron-phosphate battery powers the stereo for more than five hours when it’s fully charged, which takes about 20 hours in direct sun. Time: 120 Hours Cost: $6,630
solar power