Faster Than a Speeding Bullet

High speed trains will cross the states in the upcoming decades, but at slower speeds than China's trains 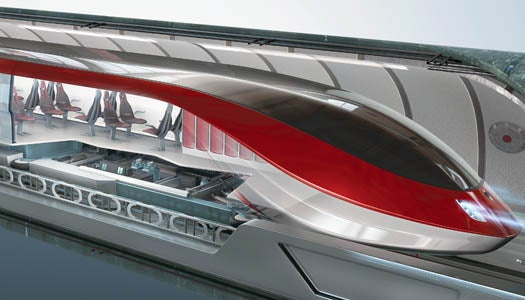 Last December, a prototype passenger train traveling between Shanghai and Beijing reached 302 mph, breaking the speed record for unmodified commercial-use high-speed rail. The feat, a culmination of six years of development by CSR Sifang Locomotive & Rolling Stock, was an example of the revolution quietly transforming rail.

In the past five decades, 26 countries have built, or have begun developing, high-speed-rail lines. These include France’s TGV to the Seoul-to-Pusan line in South Korea. Even the U.S., which has lagged behind other nations, has acknowledged the need for high-speed rail to improve the nation’s infrastructure, strengthen the economy, and enhance international competitiveness.

High-speed-rail travel generally falls into two categories: conventional, which involves electricity-powered trains traveling on steel-wheel-on-steel-track systems, that generally operate at speeds of around 200 mph, and maglev, which commonly rely on magnetic repulsion between an onboard magnet and another embedded in its track, and operate at speeds of up to 270 mph. The vast majority of development has gone into conventional systems. In an effort to mitigate the growing congestion caused by its rapidly growing population, China’s rail authority says it will add 9,941 miles of track by 2020, more than tripling the size of its current network.

In the U.S., innovation has been slow. Geographic factors (cities are too far apart), financial limitations (it is expensive to build through cities) and politics have acted as obstacles. But plans are making headway. Vice President Joseph Biden announced in February that the U.S. would invest $53 billion in high-speed rail over the next six years.

For all the progress in conventional high-speed rail, some of the most exciting research is being done on maglev systems. In 2004, citing concerns about high costs, Chinese officials scrapped plans to build a maglev line between Shanghai and Beijing, so for now, maglev trains cover only short distances. The fastest maglev train currently operating reaches 268 mph on the 7.5-minute, 19-mile trip between Shanghai’s Pudong airport and the city center. Engineers at China’s Southwest Jiaotong University, however, are at work on the next generation: evacuated-tube maglevs that could smash all previous speed records.