Video: Squishy Larval Human From Japan Could Be Your Next Cellphone

Larvabot is baaack … and now it’s in your pocket, giving a whole new meaning to the vibrate setting on... 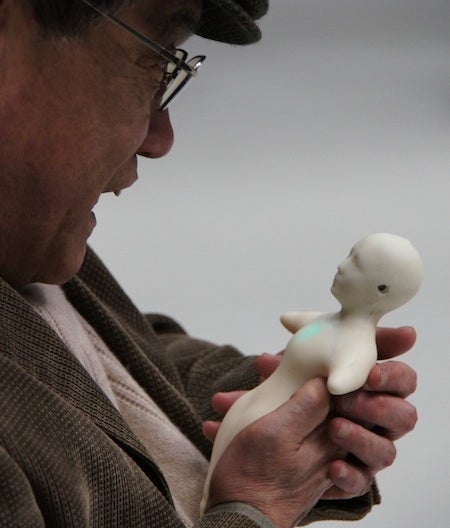 Larvabot is baaack … and now it’s in your pocket, giving a whole new meaning to the vibrate setting on your cell phone. The new Elfoid telepresence telephone tickles its owner when it gets a call, wriggling to transmit your head and face movements, along with your voice, to the person on the other end of the line.

The Elfoid, a pocket-sized version of the Telenoid R1 Larvabot, is the latest bizarre creation of roboticist Hiroshi Ishiguro, who also brought us a doppelganger version of himself and a fembot version of a Japanese model. It was unveiled Thursday at a Japanese press conference. 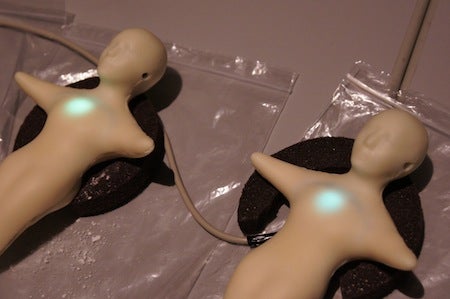 Talk into its belly and use a motion-capture system to transmit your face and head movements to the Elfoid, which will act them out, conveying your presence in a way that voices just can’t. And probably shouldn’t. It apparently has a “soft, pleasant-to-the-touch exterior,” according to IEEE’s Automaton blog.

Elfoid and Telenoid are meant to be minimalist humanoids, with just enough human-like features to evoke a person’s presence. Users are supposed to let their imaginations fill in the details. Its eyes and face are creepily realistic, but the body is limited to flipper-like arms and a mermaid-like tapered torso, making it look like a tadpole, Casper the Friendly Ghost or a male reproductive cell, depending on your frame of mind. Check out the 360-degree view in the video below. Yes, it has a derriere. 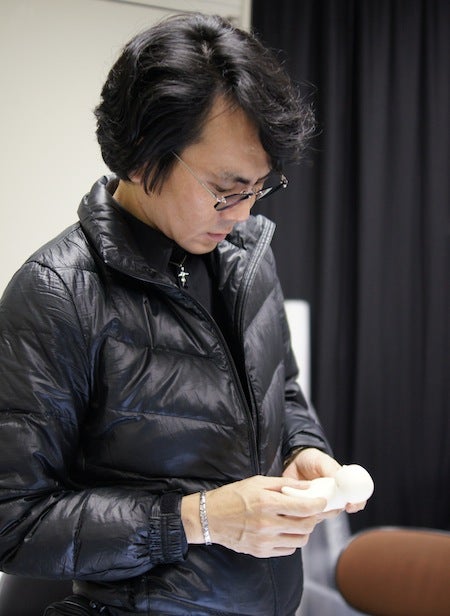 The Elfoid apparently can’t move its limbs or face as much as its larger kin, according to IEEE, but Ishiguro and colleagues plan to use microactuators to give it more movement.