What Yuri Gagarin saw, in HD 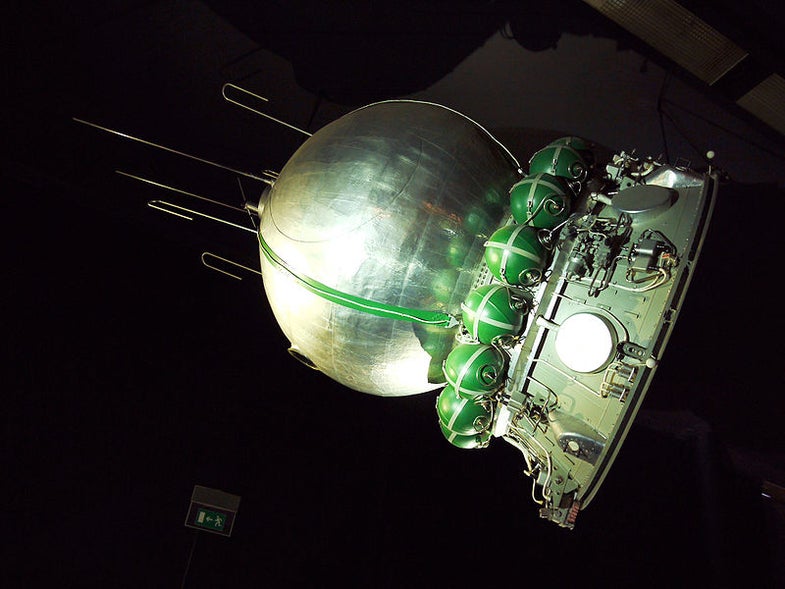 Fifty years ago this April, Yuri Gagarin became the first human in space, orbiting the planet once in a 108-minute flight. A new film set to premiere on the anniversary of Vostok 1’s voyage aims to recreate what he saw.

Check out the dramatic trailer below.

The ISS follows Vostok 1’s orbital path, at the same time of day, about every six weeks. Nespoli, who is listed as the film’s director of photography, pointed his camera out the cupola window to film the same vistas the first cosmonaut would have seen.

Gagarin launched from Baikonur near dawn on April 12, 1961, passing over a Pacific Ocean shrouded in darkness and watching the sun rise over the tip of South America. He landed north of the Caspian Sea almost two hours later.

Riley co-produced the award-winning Apollo documentary “In the Shadow of the Moon,” and has been creating space-related films for most of his career, including with the BBC and as an independent filmmaker. “First Orbit” features original music by composer Philip Sheppard, whose space bona fides also include writing the score for “In the Shadow of the Moon” and the National Geographic special “Inside the Milky Way.”

The full video premieres on April 12, on YouTube and at more than 120 parties sponsored by the Yuri’s Night project, a “world party for space” held on April 12.