Researchers at SUNY Buffalo and Amrita University in India have managed to create a tracking network that works well even... 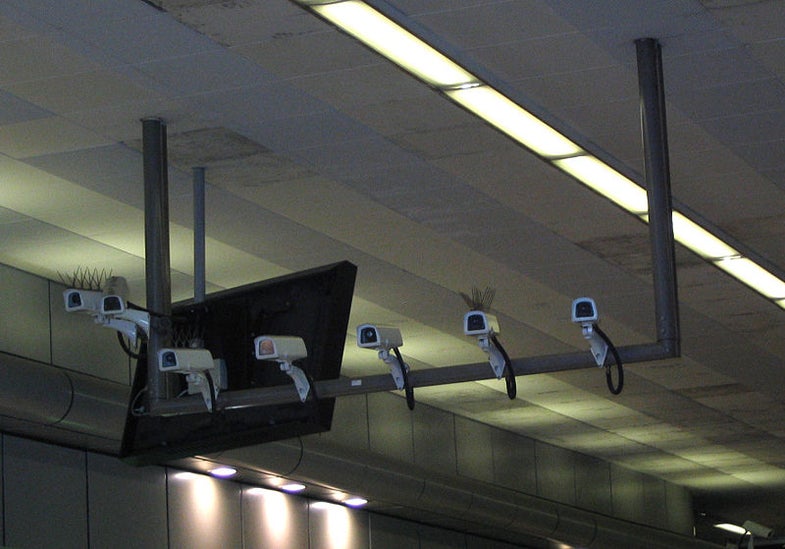 Researchers at SUNY Buffalo and Amrita University in India have managed to create a tracking network that works well even with the cheapest of cameras. How? It uses the power of its cold, rational brain to make up for any flaws in the equipment.

The idea behind the software was to eliminate the need for other, more physical forms of tracking, like RFID (or, in the future, RFID’s more powerful brother, NFC), but using artificial intelligence to supplement mid- or even low-end cameras. Simply recognizing a face from a security camera is no joke–people can look vastly different day to day, and there are all kinds of variables (angle, lighting, clothing, posture) that can throw off the effectiveness of that kind of software. But what if said software could make certain rational assumptions?

This system requires cameras–though not necessarily top-of-the-line cameras–be placed at building entrances or exits, a place where they can capture with reasonable quality a person’s face, height, or gait. That information is fed to a central computer, which notes not only the appearance of that person but also their location. From there, the central computer cross-checks that person’s scan with all the others currently in the building, thereby eliminating some of the troublesome variables. If Dr. ScrubStealer is in the supply closet on the fifth floor, she couldn’t possibly also be the similar-looking Nurse SleepsALot, who is down in the second-floor lounge, napping in the middle of her shift.

That further reasoning allows the system to identify people with much higher accuracy than other systems using low-quality cameras, which can be a boon for struggling hospitals (hospitals being one of the prime candidates for the system) that are unable to pay for pricey HD security loops. The only possible foil: Twins.