New Nanostructured Snack Packaging Is Most Airtight Ever 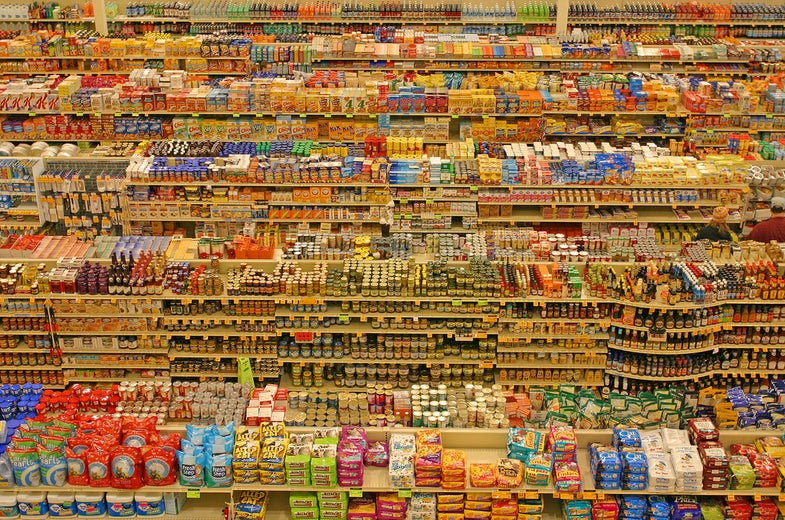 A new coating material for food packaging could keep sodas fizzy, chips crispy and military rations more edible, scientists say. It’s made of a thin film of nanoscale bits of clay, the same kind used to make bricks, mixed with polymers. When viewed under an electron microscope, the film looks like bricks and mortar, according to its creator.

The nanobrick film was unveiled over the weekend at the National Meeting and Exposition of the American Chemical Society in Anaheim, Calif. According to Jaime Grunlan, who developed the material, it is “truly the most oxygen-impermeable film in existence,” as impervious to air as glass is.

Snack makers have experimented with a wide range of futuristic packaging materials, all meant to keep food fresh even as it languishes on store shelves. Most of the packaging processes are meant to keep out oxygen; current examples include soda bottles coated with silicon oxide and chip bags lined with foil. But metal — also used in the military’s meals ready to eat — can’t be microwaved, and consumers can’t see inside to glimpse the tasty treats.

The new material would be layered onto an existing plastic package, improving its strength and blocking oxygen, according to a news release from the ACS. It’s made from montmorillonite clay, a soil component that is also used to make bricks, but it looks transparent.

Beyond keeping Twinkies fresh for millennia, the nanobricks could also be used to make flexible electronics, tires and even sporting goods, according to ACS. “It could potentially help basketballs and footballs stay inflated longer than existing balls,” ACS says.