Raise your hands if this has happened to you: You’re in the unlined bed of a pickup truck with no... 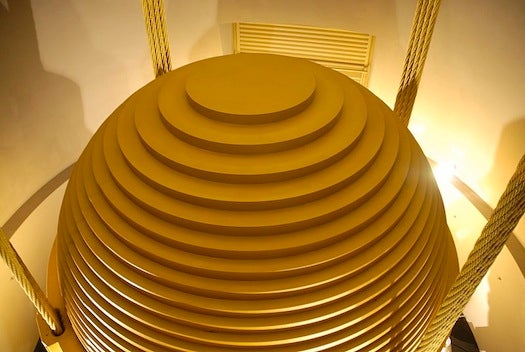 Raise your hands if this has happened to you: You’re in the unlined bed of a pickup truck with no shocks, driving over an unpaved road peppered with potholes, and a brilliant idea for a screenplay hits you. How will you transcribe your magnum opus in such bumpy conditions? Fraunhofer Labs has come up with a compact vibration damper that could completely counteract such vibrations to allow you to get that brilliant idea down on paper.

Fraunhofer’s new creation, which will be shown off at next month’s Hannover Messe trade fair, is a smart form of insulation, able to sense vibrations and precisely counteract them in a way far superior to lo-fi solutions like rubber lining. It’s not the first time this kind of system has been built, but previous iterations have been massive, suitable only for uses like bridges and other huge structures. Fraunhofer says the new system is easily scalable, so it could be used both in the traditional ways but also in smaller environments like consumer vehicles.

The announcement is short on details–understandably so, as the product won’t be fully unveiled for a few weeks–but we do know that the system consists of a single component, using piezoelectric ceramics. It’ll also be controllable via digital input, as opposed to the usual analog controls. Fraunhofer seems very confident in the new insulation’s future possibilities, saying they expect to expand the functionality to all six spatial directions in the near future.