Video: Lions, Tigers, Servals, and Other Wild Felines Playing With an iPad

Start your weekend off right with playful, tech-savvy wild cats 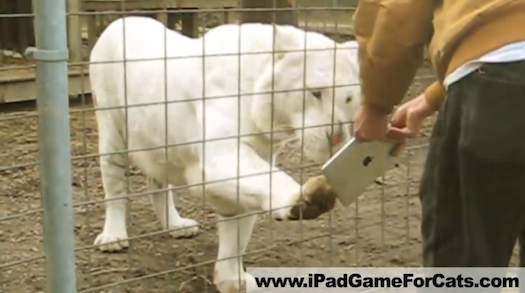 “Game for Cats” is an iPad app with a moving image (either a laser dot or a mouse) upon which all housecats are genetically obligated to pounce, repeatedly. It’s almost unbearably adorable. But what about the less domesticated felines out there–lions, tigers, caracals, servals, and the housecat-sized Geoffroy’s cat? Turns out they’ll play with the app as well, even if their paws are iPad-sized to begin with.