Citizens Push To Erect A Statue of RoboCop in Detroit

If the RoboCop saga has any lasting lessons, maybe it’s that politicians shouldn’t mess around with Twitter. What started out... 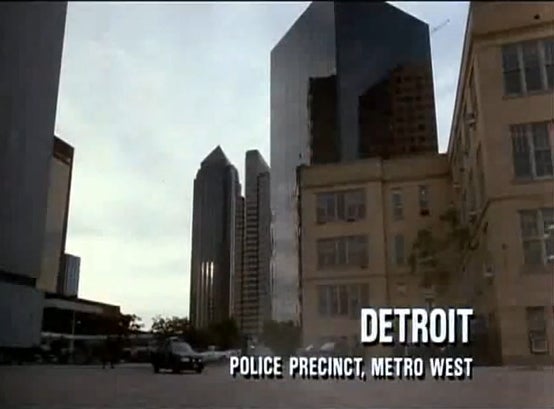 If the RoboCop saga has any lasting lessons, maybe it’s that politicians shouldn’t mess around with Twitter.

What started out as a joke on the social media site has mushroomed into a nationwide effort to build a statue of RoboCop in the beleaguered city of Detroit. Earlier this week, someone in Massachusetts sent a tweet to Detroit Mayor Dave Bing, suggesting RoboCop would be a great mascot for the city. Philadelphia has a Rocky statue, and RoboCop would “kick Rocky’s butt,” he pointed out.

Bing actually wrote back, responding, “There are not any plans to erect a statue to Robocop. Thank you for the suggestion.”

The Internet was listening. Not long after Bing’s tweet, a group of Detroit residents started a Facebook event page, which quickly grew to 4,600 supporters and counting. As of Friday morning, supporters have already raised $8,300 toward their $50,000 goal, using the fundraising platform Kickstarter.

Imagination Station, a nonprofit center aimed at cleaning up blighted neighborhoods, is offering space on its campus for the RoboCop statue. The Kickstarter campaign explains how metal artists might build the statue: “We can take a relatively small figure of RoboCop (conceivably even an action figure), have it 3D scanned by lasers (cool!) and scale its form to create a light-weight model of any size we’d like, which can then be used to pour and cast liquid metal.”

While Bing rejected the idea of a city-funded effort, his office seemed willing to accept RoboCop, in case his likeness is bestowed upon them.

“Should the opportunity present itself to receive a donation of this, or any other works of public art, we will consider acceptance and appropriate placement,” said Karen Dumas, a spokeswoman for the mayor’s office.

The Detroit Free Press points out that not everyone loves the idea: “Sorry, I think this idea is horrid,” Carl Henry of Plymouth posted on the Facebook page. “If you wanna build a statue, build one to represent an unemployed autoworker, homeless person or something deserving of recognition.”

Others have argued statues of Motown legends like Diana Ross or Michael Jackson should take precedent over a nerd-tastic sci-fi icon.

The fundraising campaign has until March 26 to reach its goal.