Revisiting "a bullet hit by a bullet" 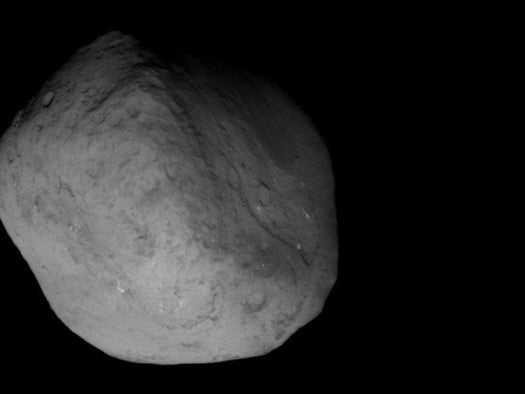 Images from the Stardust-NExT mission’s Valentine’s Day rendezvous with comet Tempel 1 began hitting the Web yesterday–there are 72 total images, but each one took a dial-up-worthy 15 minutes to download–with most of them depicting a grainy rock at a distance. Now NASA is releasing images with a bit more context, showing exactly how Tempel 1 has changed in the six years since NASA bashed Tempel 1 with an 800-pound copper wrecking ball.

The purpose of Stardust’s comet flyby–aside from the fact that we rarely get to see comets up close–was to study the surface for clues describing how the comet has changed since we last saw it up close in 2005. At that time, NASA’s Deep Impact mission hurled a refrigerator-sized metal missile at the comet, giving them something to study this time around.

The images show that Tempel 1 seems to have eroded over the past six years, likely due to the suns radiation, which would have caused Tempel 1 to shed some material into space. But the crater from Deep Impact looks smoother than might be expected, suggesting that the comet has in some respects healed itself in the intervening years. The cloud of debris kicked up by Deep Impact appears to ahve fallen back to the surface of the comet into a small mound in the center of the 500-foot crater.

Several other regions appear to have transformed in different ways over the years. In one particularly interesting locale, it appears a small amount of material ejected from beneath the comet’s surface and flowed downhill, where it is now slowly eroding. As principal investigator Joe Veverka of Cornell University said during a press conference on Monday, this kind of geophysical activity suggests that comets are more than just dirty balls of ice hurtling through space.

The first image below shows before and after images of Tempel 1 taken by Deep Impact in 2005 and Stardust-NExT this week. The second shows Tempel 1’s surface at the impact point prior to actual impact in 2005, and then again (on the right) as seen by Stardust. The arrows show the rim of the impact crater. 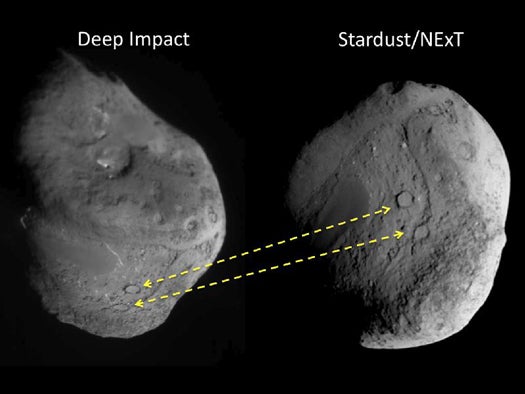 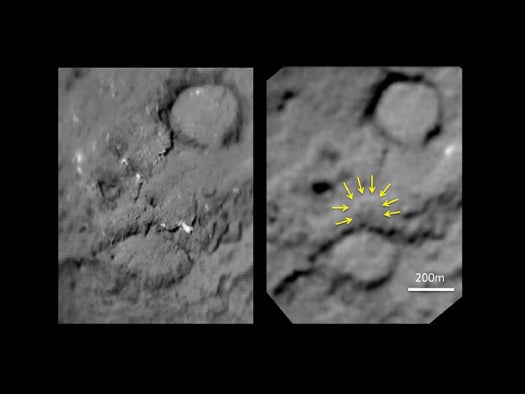 Tempel 1 Before Impact and Six Years After