Earthquake prediction is a difficult business; it can be done, but usually with just enough lead time to yell “earthquake!”... 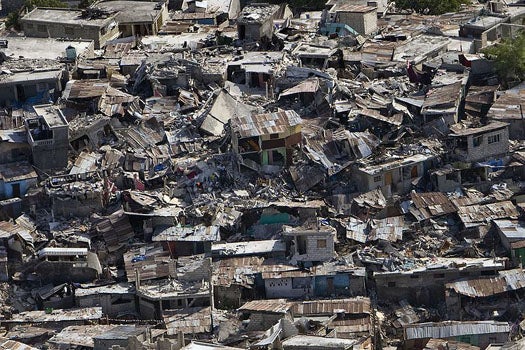 Earthquake prediction is a difficult business; it can be done, but usually with just enough lead time to yell “earthquake!” before the shaking begins. British and Russian researchers hope to change that through an agreement inked this week that will see two experimental satellites launched into orbit to try to identify natural warning signs that an earthquake is on the horizon.

TwinSat, as the project is known, involves two satellites cruising a few hundred miles apart in a polar orbit. One satellite will be roughly the size of an old vacuum-tube style television set and the other smaller than a shoebox.

The duo will be looking for subtle but detectable electromagnetic signals that can be gleaned from the upper atmosphere. These signals are the result of stress building up in the Earth, slight changes in the Earth’s magnetism that could be the telltale signs that tremors are imminent. These kinds of signals were picked up in the days leading up to the devastating Haiti ‘quake last year, though they weren’t parsed and analyzed until later.

Scientists think that if they knew what kinds of electromagnetic signals predate earthquakes, they could use them as predictors of when and where big ‘quakes are likely to strike perhaps days or weeks beforehand. Of course, the only way to categorize those signals is to put sensors in place that can identify them and wait for earthquakes to happen.

That’s TwinSat’s role; the tandem satellite setup will monitor seismically active zones like Iceland and eastern Russia for the signs that predate earthquake activity. If it works–and that’s a significant “if”–an array of the sats could be deployed to monitor the entire Earth, ensuring disasters like the Haiti earthquake exact a minimal human toll. TwinSat will launch in 2015.