If the idea of being hunted by an unmanned aerial drone is unnerving the thought of multiple robots planning a... 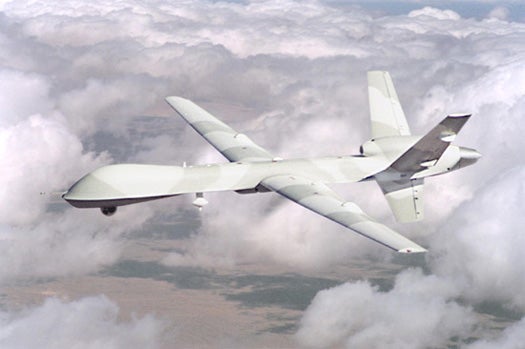 If the idea of being hunted by an unmanned aerial drone is unnerving the thought of multiple robots planning a coordinated attack is downright frightening. Unfortunately for those who have to worry about such things, the DoD is working on software tools that allow robots in the sky and on the ground to do exactly that.

The Collaborative Unmanned Systems Technology Demonstrator (CUSTD) system is explained something like this: Aerial drones can pick out subjects from the air, but depending on a particular drone’s sensor array (for weight reasons, different drones carry different sensors) it may not be able to follow a target indoors or through a crowded urban area. So it calls in a few friends.

In this case, perhaps it calls over another airborne aerial drone to help it track its quarry. Or it could seek the help of robots on the ground (or both). A vehicle like the Army’s Autonomous Platform Demonstrator could rapidly navigate through city streets to stay close to a target while the airborne platforms follow from above.

As it pertains to the various and differing sensor technologies aboard the three hypothetical unmanned platforms in the example above, this is payload interchangeability is key. It would allow for better resource management in that it could quickly get the right tools to the right jobs.

Besides, how will the robot uprising ever get underway if our autonomous ‘bots can’t talk to each other?