A company based in Puerto Rico wants to install iris-detection capabilities in everything from cell phones to ATMs, beefing up... 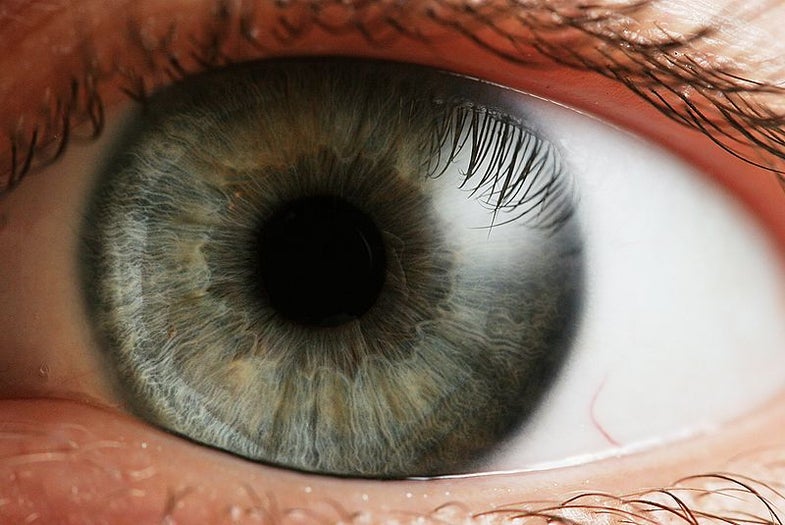 A company based in Puerto Rico wants to install iris-detection capabilities in everything from cell phones to ATMs, beefing up personalized security options in an increasingly networked world. But privacy advocates say overuse of iris scans could cause problems for civil liberties and identity theft, especially if databases are ever compromised or if mistakes are made.

Hoyos Corp., formerly known by the spy-movie-sounding name of Global Rainmakers Inc., makes devices that photograph the human iris, as this Bloomberg story explains. Several patents on proprietary iris-scanning tech are set to expire soon, and the technology is getting cheaper, so Hoyos wants to make it more widespread.

We frequently marvel at all the prescience of the Tom Cruise flick “Minority Report,” and this technology is one of the movie’s central plot lines — ubiquitous iris scans result in a world where no one can hide, neither from the government nor from Gap advertisements. Unless you want to swap eyes with someone else.

In the U.S., iris recognition is frequently used for secure access at corporate and government facilities, Bloomberg notes. Jails in several states use them to identify inmates, aiming to thwart would-be escapees posing as someone else. It’s used at airports like London’s Heathrow and Amsterdam’s Schiphol, and the United Nations even uses iris scans to verify the identities of refugees.

Like fingerprints, every person’s irises are different; not even both irises of the same person are the same. Fingerprints can take a while to verify through state and national databases, but an iris scan, which uses more data points for biometric identification, can come up with a match within a few seconds. Those are the pros, if you’re a security expert. But they’re minuses if your concern is privacy. Fingerprints, by their very nature, are an active identification metric; you have to touch something to imprint them. But iris scans are passive — you just walk past a security camera (or, as in “Minority Report,” billboards in the mall) and the person controlling the scanner can spot your identity within seconds.