It's getting crowded up there 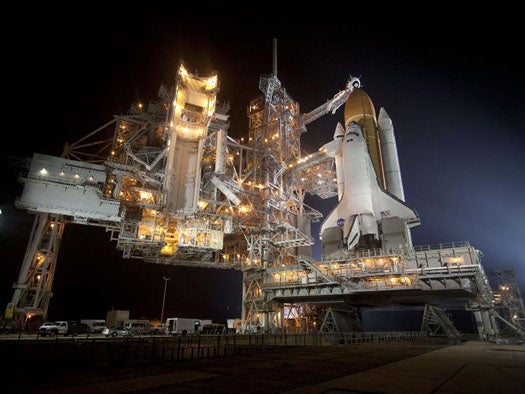 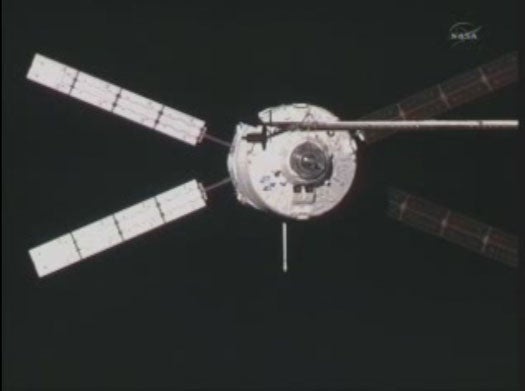 ATV-2 ‘Johannes Kepler’ on Approach to the ISS

The Space Shuttle Discovery is fueled and waiting on the launchpad for its 4:50 p.m. EST liftoff for the International Space Station on what will be the veteran spacecraft’s final journey into orbit. The mission will carry a crew of six skyward along with important spare parts for the ISS as well as the Express Logistics Carrier-4, part of a series of unpressurized payload platforms that provide mechanical support for the ISS.

Update: We have liftoff!

Discovery’s liftoff follows closely the docking of the European Space Agency’s huge robotic cargo ferry ATV-2 with the ISS, which took place just before 11:00 EST this morning. Known as “Joahannes Kepler,” the massive cargo craft is delivering more than 7 tons of freight to the ISS and will serve as an extra wing of the station until it is de-orbited and incinerated in the Earth’s atmosphere, likely in June.

A Russian Soyuz crew capsule and a couple of Progress capsules are already docked at the ISS along with a Japanese HTV-2 cargo spacecraft, meaning that if Discovery launches on schedule today it will arrive at a crowded orbital outpost on Saturday. Spacecraft and robotic arms from all of the international space agencies collaborating on the ISS project will be present at the station at the same time.