By “Beamsteering” Antenna Signals in One Direction, Devices’ Power Consumption Could be Halved

It’s an act of waste that people the world over engage in every day just by switching on their mobile... 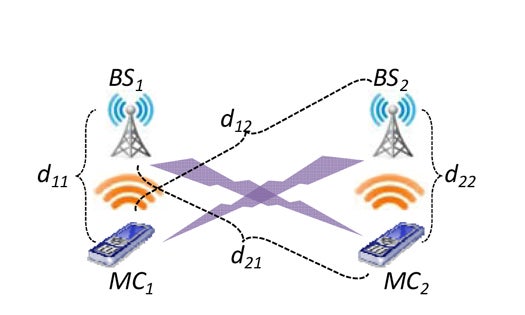 If devices could broadcast in a specific direction, Rice University researchers say, they could cut power consumption by more than half. So they created a beamsteering scheme that can do exactly that.

It’s easy enough to focus communications waves in a single direction using an array of several antennas, but doing so without wasting more energy than is saved presents a particular challenge. In such a scheme, each antenna needs both power and space, neither of which come in abundance in devices that are designed to fit in the pocket, or even the attaché.

But the Rice team took advantage of better antenna tech that has shrunk transmitter sizes down to such a size that a few can be tucked into a device the size of an iPad (further miniaturization of antenna tech will allow for more and better antennas in even smaller devices). They also demonstrate in their paper how beamsteering can create a net energy gain for the device over omnidirectional transmission.

The paper also addresses interference problems that could arise between competing users when each of them is beaming signals directly at a Wi-Fi hub with four antennas. It’s a hardware problem with a software solution: a piece of software called BeamAdapt running on beamsteering mobile devices acts as an arbitrator between them, figuring out broadcast settings that optimize transmission for everyone involved.

After real tests on a small network and simulated tests on a larger one, they found that the hardware/software combo can cut energy consumption by about half (give or take a little depending on the number of antennas used).

Of course, as Tech Review points out, if everyone doesn’t run the BeamAdapt software on their devices then one spoilsport with a beamsteering device could cause problems for everyone in the vicinity. And considering the difficulties inherent in making something like BeamAdapt a universal standard, that’s a significant obstacle. Still, in an increasingly wireless world, energy savings of half are potentially huge.