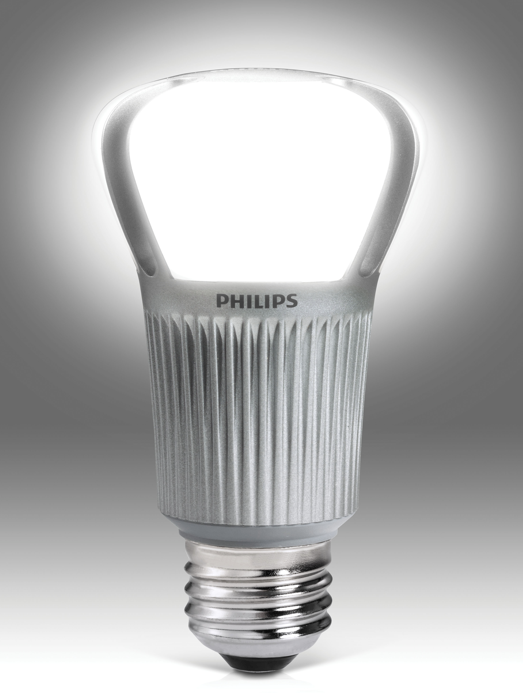 How many years does it take to screw in a light bulb?

Up to 15 if it’s the right kind! Get it?! Eh… OK, it’s not much of a joke, but you really could go 15 years without replacing one of Philips’ AmbientLED flood lights, which is hilarious if you’re an electrical engineering major, trust us.

LED technology is like a journeyman quarterback who has his breakout season in his forties. What began as little more than the red digital display on alarm clocks and calculators has advanced to include polychromatic applications in traffic lights, televisions and now as a substitute for less efficient incandescent and fluorescent interior lighting nearly 50 years later.

Philips AmbientLED indoor flood lights fit into existing fixtures and are available in three intensities: R20 (which replaces a 40-watt halogen spot light of equivalent brightness), PAR30L (which replaces a 50-watt bulb) and PAR38 (which replaces a 45-watt bulb). What all this means is that Philips AmbientLED indoor floods produce more light per watt than conventional lighting, which translates directly into a savings of as much as 80 percent on your electric bill. For instance, the R20, at seven watts, is projected to save $132 over its lifetime compared with the 11 standard bulbs it will replace.

Plus, the two PAR lights allow for the sustainability of plants and other organisms that require sunlight for growth by using photosynthetically active radiation, while generating virtually no heat. Solid-state construction means these bulbs can survive a drop, something that’s of great concern with more fragile compact fluorescents that contain mercury, which Philips AmbientLEDs do not.

But none of that means anything if Philips’ LEDs don’t provide a comfortably-lit environment. Available in two models, the R20 offers cool white and warm white options that are designed for accenting within the home. Meanwhile, the PAR30L and PAR38 bulbs are intended for use in recessed and track lighting, giving off a soft white light that won’t fade fabrics or colors.

It’s not often that a new technology hits the trifecta of superior quality, longer life and overall cost savings, but Philips AmbientLEDs do just that. And if you’re of retirement age, they may be the last bulbs you ever buy!

For more information from Philips, visit their site here: http://bit.ly/lOAxmf/