Test Flight: These Tiny R/C Choppers Are Like Pocket Dogfighters 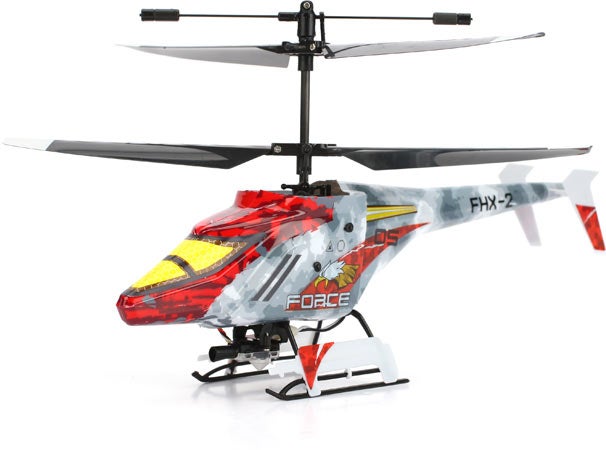 Unsophisticated electronics and design used to keep tiny R/C helicopters out of the fight. Eventually, motors the size of aspirin capsules let companies stack two counter-rotating rotors to cancel out torque from the spinning drive shaft; this increased stability but not enough to make dogfighting any fun. Enter Force’s new ready-to-fly line.

The 1.1-ounce choppers self-correct with military-grade gyroscopes, avoid interference from other aircraft by locking in on two of 80 available wireless channels, and add infrared blasters and sensors above the landing gear for combat.

We pitted two choppers against each other in several 10-minute fights, quickly maneuvering and shooting until one won (it takes three hits to ground a victim). We also paid attention to how well blasts lined up with the kill zone, to make sure no misses scored as hits.

The copters turn fast and sharp and hover steadily, so you have time to hit the trigger on the controller when you take aim. That swiftness is also handy when on defense: After dodging fire, you can whip around and make easy prey of opponents.

Losi’s 1/24-scale racer is among the smallest four-wheel-drive rally cars. Its comparatively wide axles and power delivery to all four wheels help it hug corners on any surface, be it dirt or pavement. Losi 1/24 Micro rally RTR: $110; losi.com

Capable of over 50 mph on flat water, the Spartan is the world’s fastest consumer R/C boat. It keeps from overheating by feeding water through an inlet in the rudder and into a silicone jacket around its waterproof motor. Traxxas Spartan: $400; traxxas.com 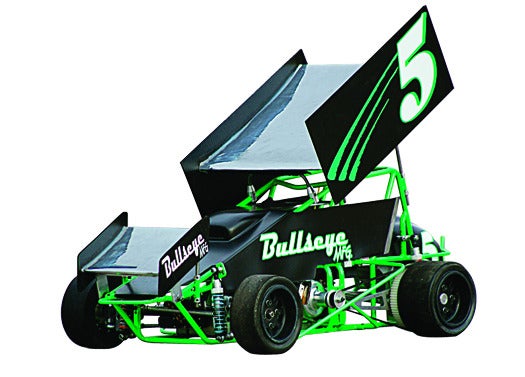 This quarter-scale car’s 23.5-cc engine has more than triple the power of other R/Cs. It runs on the same fuel as a full-scale car, while 2.2 horsepower pushes it to a blistering 50 mph. Bob’s Motorsports Bullseye Sprint Car: $2,125; bullseye.9f.com 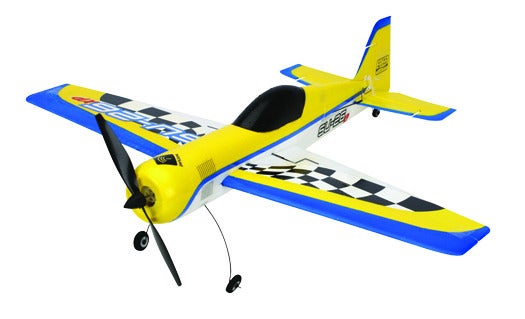 Most micro-R/C planes are harder to control than larger models because they don’t have ailerons, hinged wing surfaces, for precise maneuvering. But this 14-inch flier can even corkscrew, thanks to its 6.5-inch ailerons. ParkZone Sukhoi SU-26xp BNf: $100; parkzone.com