“Anonymous,” a group of hackers perhaps best known for their attacks on the Church of Scientology, have appointed themselves the... 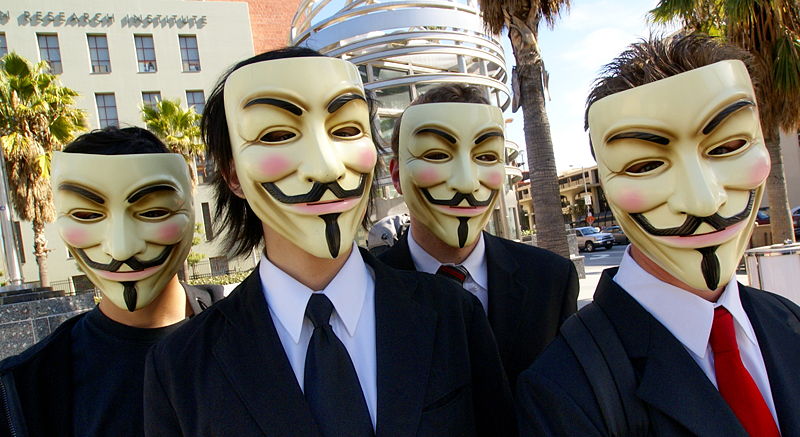 “Anonymous,” a group of hackers perhaps best known for their attacks on the Church of Scientology, have appointed themselves the protectors of Wikileaks. To that end, they’ve begun a full-scale attack on those who have harmed Wikileaks in the past. This is no cute hacker’s mission–it’s a full-on crusade that has already taken down Mastercard.com.

Several major companies have made the operation of Wikileaks much more difficult. Mastercard and PayPal both blocked all donations to the site, claiming Wikileaks dabbles in “illegal activities” (despite Wikileaks has never been formally charged with a crime). That’s a major source of revenue for Wikileaks, the cessation of which is going to prove a serious problem for continued operation. Other targets of the wrath of Anonymous include Amazon, which briefly hosted the site before booting them due to concerns over terms of service violations (including proper ownership of stored documents and possible security concerns), the Swedish lawyer representing the women who are accusing Julian Assange of sex crimes, and the Swiss postal system’s financial arm (which blocked Assange’s accounts).

Anonymous is not really a traditional group, a fact easily divined from its name. There’s no leader, and no real organization. Instead, various hackers (who often populate messageboards like 4Chan and wikis like the Encyclopedia Dramatica), working independently, identify under the “Anonymous” banner. The group, which has in the past targeted the Church of Scientology and, um, Gene Simmons, typically uses denial-of-service attacks, which flood the target’s servers, often disabling them or shutting them down outright.

In this case, some 1,500 hackers operating under the name Anonymous decided to appoint themselves the defenders of Wikileaks and Assange, flooding their targets with denial-of-service attacks. Some, like Amazon, managed to fend off the attacks, but others weren’t so lucky. Mastercard’s site, thought to be extremely secure, has at the time of this writing been shut down for hours. (Side note: It’s a nice quirk that the news coverage of this outage invariably points readers to mastercard.com–but if readers go there, they’ll only be making Mastercard’s recovery harder but adding more traffic to the pile!)

To Anonymous, all of these companies have been pressured politically to cripple Wikileaks in any way they can. Though Amazon, for one, has denied it, the group continues its attack, hoping to bring visibility to the fight for transparency and openness–or at least extract a little revenge. Hey, Wikileaks knows how to do security, so why shouldn’t Mastercard, right?