Developing humanoids that can effectively interact with real people requires careful avoidance of the uncanny valley: the hypothetical dip on... 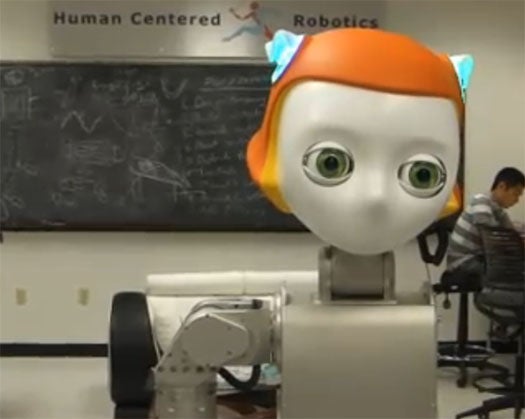 The researchers mimicked the speed and movement patterns of human eyes and programmed the head to follow organically when the robot’s focus moves. Spring-loaded blinking eyelids atop oversized Bambi-like eyes intersperse realistic blinks to break up the Dreamer’s deadened gaze.

Built for the Meka humanoid robot they’re developing, the head was modeled after the non-threatening appearance of female anime characters. Most of the development efforts focused on eye and head movement to feign “kind expressions” and allow the robot to focus on tasks and people without a terrifyingly intense stare.