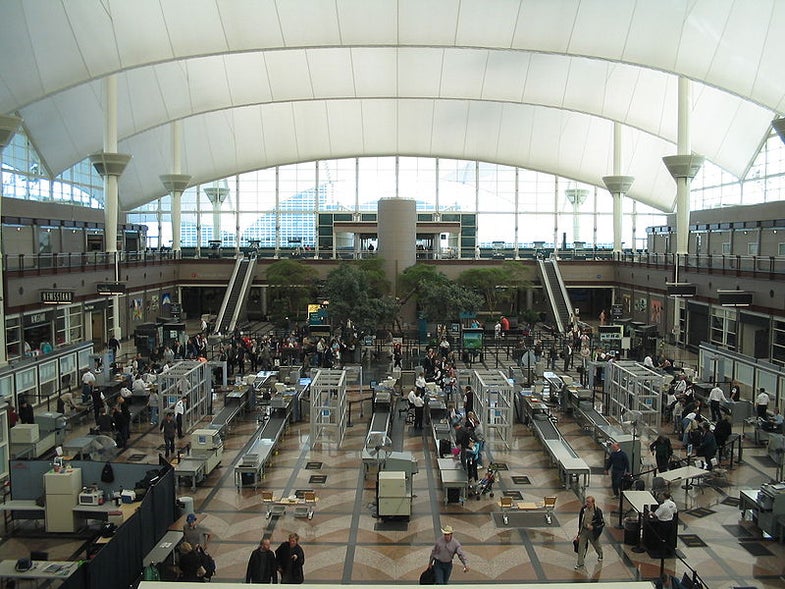 A government scientist who helped develop the controversial new naked-body airport scanners says the images could easily be distorted into “grotesque” shapes, much like you would see in a funhouse mirror, to preserve passengers’ privacy.

Willard “Bill” Wattenburg, of the Lawrence Livermore National Laboratory, told the Washington Post the distortion would also clearly reveal any dangerous objects hidden beneath clothing. He said he suggested the distortion method back in 2006, but Department of Homeland Security officials rebuffed his idea.

“Why not just distort the image into something grotesque so that there isn’t anything titillating or exciting about it?” Wattenburg said.

It involves adding a simple algorithm to the scanners’ computer code, he said. He said it’s so simple “a 6-year-old could do the same thing with Photoshop.”

The federal government started installing the scanners last month using funds from the stimulus bill. The backscatter scanners emit x-rays that pass through clothing and bounce off passengers’ skin, producing revealing close-ups of passengers’ bodies, private parts and all. The process also exposes people to ionizing radiation for about six seconds.

Consumer groups, pilots and privacy advocates have been up in arms, and at least a couple lawsuits have been filed, including one involving consumer crusader Ralph Nader. Passengers don’t have to use them, but objectors must undergo an “enhanced” pat-down by TSA agents that involves the touching of genital areas.

Some passengers are planning a national protest day on Wednesday, the busiest travel day of the year.

In the face of all this criticism, President Obama said over the weekend that he asked TSA officials if there was a less intrusive way to ensure passenger safety. Pistole said the agency would make screening methods “as minimally invasive as possible,” according to the Washington Post.

Wattenburg told the Post that when he first heard the TSA was buying backscatter scanners, he knew people would get upset.

“People are immediately going to scream like hell because they’re taking the clothes off everybody,” he said.