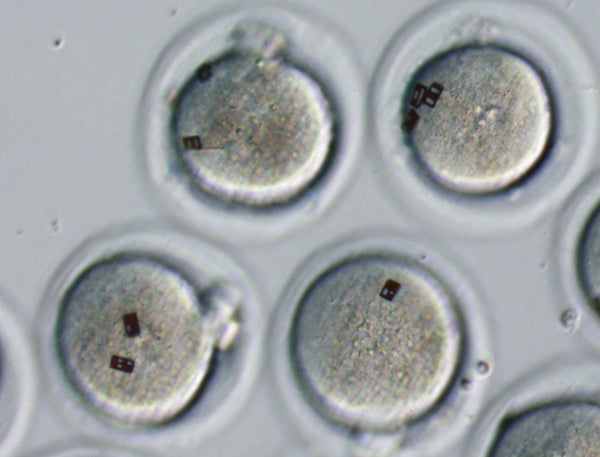 Critics of the selection that’s often involved in assisted reproductive technology – picking a 5’10”, blond-haired, Ivy League grad egg donor, for example – say it turns conceiving a baby into a shopping exercise. It’s probably safe to venture, however, that none of the critics envisioned a day when we’d be bar-coding embryos.

That is precisely what researchers at the Autonomous University of Barcelona have done, reports New Scientist. Using cells from mouse embryos and eggs, the scientists developed a procedure that involves inserting microscopic silicon bar codes into a gap between the cell membrane and an outer membrane called the zona pellucida.

The next step is to try the technique on human embryos and eggs. That will happen soon; the Government of Catalonia health department has already approved the method for use on genetic material provided by Spanish fertility clinics.

The technique could help fertility doctors avoid mix-ups during in-vitro fertilization – such as a 2002 case in which a white couple gave birth to black twins.