Hare-brained schemes for cleaning up space debris have been batted around for some time, but Russia has finally put some... 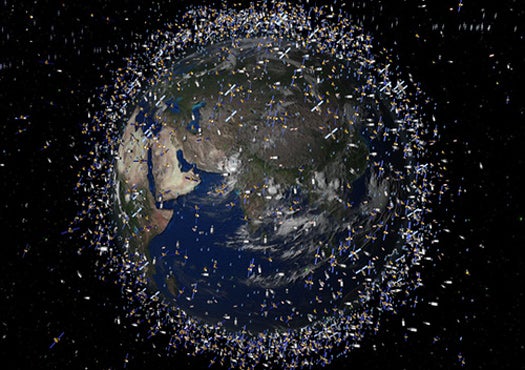 Hare-brained schemes for cleaning up space debris have been batted around for some time, but Russia has finally put some money down on a real project. Russia’s space corporation, Energia, is going to invest $2 billion to build a space pod to fly around and knock the junk out of orbit and out of our way. Hopefully it will burn up in the atmosphere, or land in the ocean, and not rain down on Chinese villagers.

This pod could help reopen orbits that are currently inaccessible to future spacecraft due to the amount of shredded metal and empty hulls of dead satellites floating around. Using an ion drive, it will gently nudge these useless scraps out of orbit. Energia plans to have completed testing on the pod, which will have a nuclear power core, by 2020, and have it in service no later than three years after. It will have a lifespan of about 15 years, enough time to make a significant dent in our space debris problem.

Energia is also working on developing an “interceptor” spacecraft using similar technology. This craft would be able to derail any incoming comets or other outer-space projectiles that might be hurtling towards Earth, and change their trajectory just enough that they miss us.