Remember when Landon Donovan broke the Internet? If the same thing goes down tomorrow, blame the Tea Party. Tuesday’s midterm... 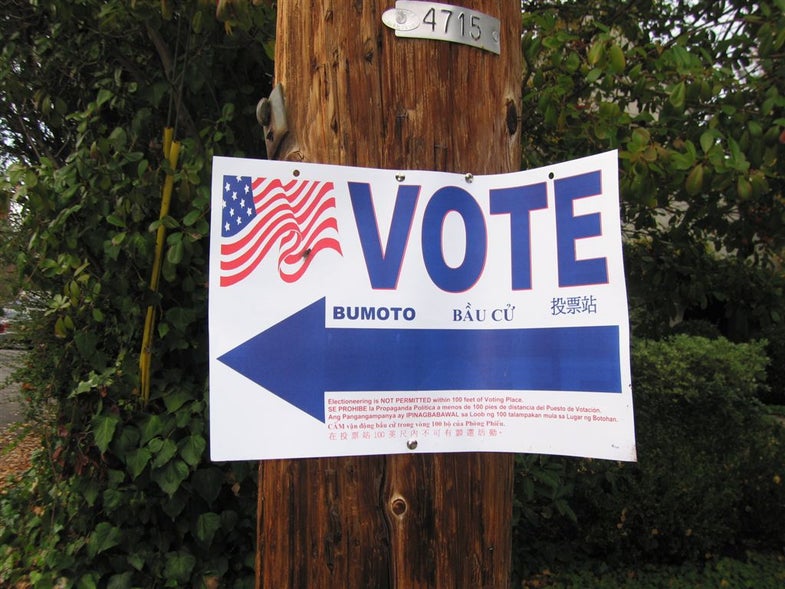 Remember when Landon Donovan broke the Internet? If the same thing goes down tomorrow, blame the Tea Party.

Tuesday’s midterm elections could rival the record set for Internet video during the World Cup, according to the Web services firm Akamai.

Before the bipartisan jingoism inspired by the quadrennial soccer tournament, quadrennial elections set those Internet records — the next-largest Internet viewing was of Barack Obama’s inauguration. So it’s somewhat fitting that partisan politics will once again overwhelm servers around the country.

More than 1.5 million simultaneous viewings were recorded during the World Cup in June, according to Bloomberg newswires. Akamai’s CEO gives even odds on whether the election beats those numbers.

Granted, viewings will probably be spread farther apart, as polls close at different times in various time zones. Moments after Donovan scored a 91st-minute goal to keep the Americans in the fight for the Cup, web traffic spiked to 11.2 million visitors per minute, but it’s unlikely that a single election announcement will generate as much instant interest. Unless the entire nation is transfixed by the Colorado Senate race.