Boeing has received the first signals from SkyTerra 1, a communications satellite it built for LightSquared that was hurled into... 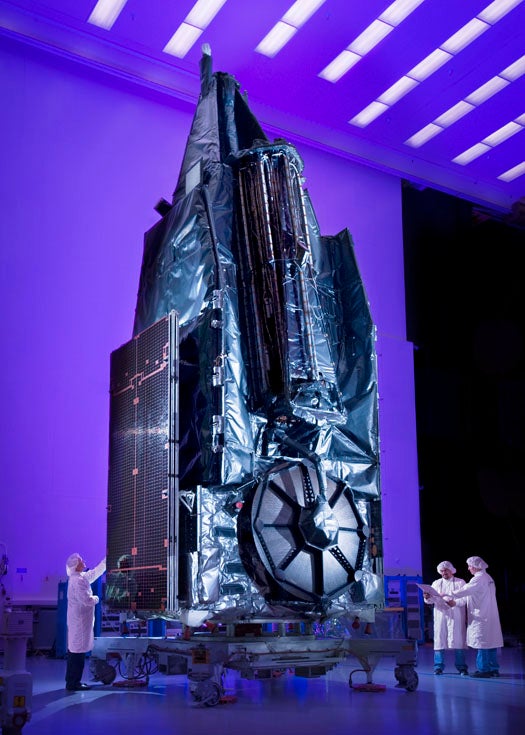 Boeing has received the first signals from SkyTerra 1, a communications satellite it built for LightSquared that was hurled into orbit aboard a Proton rocket launched from Kazakhstan yesterday. The satellite, which will provide signal coverage where terrestrial towers can’t reach, is part of a new LightSquared 4G-LTE mobile broadband wireless system and boasts the largest commercial antenna reflector ever launched into space.

The mesh structure on SkyTerra 1 is an ultra-wide 72 feet across, and the increase in hardware up there should lead to space savings down here. The larger reflector will reduce the need to build bigger antennas and receivers into next-gen 4G devices, so a larger footprint in the sky translates into real estate savings in your pocket.

Boeing and Lightsquared will next initiate on-orbit maneuvers to move the 6-ton satellite into its geosynchronous orbit. It will be joined by SkyTerra 2 next year, and over the next 15 years will augment LightSquared’s ground coverage of North America, which should serve 90 percent of the U.S. population by 2015 under a deal inked with the FCC.