Researchers at Queen’s University Belfast are studying a new kind of wireless network that might someday help alleviate the crush... 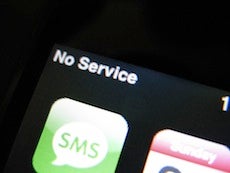 Researchers at Queen’s University Belfast are studying a new kind of wireless network that might someday help alleviate the crush of mobile internet traffic in dense cities. How does it work? By making you–and me, and all of us–into cellphone towers.

The research concerns what’s called body-to-body networks, or BBNs. A BBN requires each user to have some kind of wearable sensor, which, it turns out, can be embedded inside a phone (so don’t worry about having any shiny circuitry adorn your clothing). All of these sensors communicate with each other to provide a sort of ad hoc network, sending data between lots of little sensors rather than to one giant tower–different from other innovative antenna designs.

What’s great about this concept is that it specifically works best where we need it the most: in cities. In major cities, especially the ultra-connected ones like New York and San Francisco, there’s a crush of users sending lots and lots of data through only a few cell towers. Those towers are exceedingly expensive to build and maintain, and need constant improvement to keep up with new technologies like 4G. Thanks to the expense, they’re sometimes sparsely placed, which creates bottlenecks, which in turn results in diminished performance. (San Francisco iPhone users know about this all too well.)

BBNs could potentially help that situation out, because they would work best in densely populated areas–just the places where traditional cell towers fail.

The press release is damnably vague, so it’s hard to tell exactly how these sensors work–surely there has to be some central repository for redirection of data, right?–but it’s still early in the testing stages, after all. Plus, it’s doubtful that those scared of cellphone radiation are in any particular hurry to attach more sensors to their own gadgets. But they would definitely require less power than building more base stations, and there’s kind of a fun team-based mentality to the whole thing. Let’s build our signal together, right, folks?